The troops look forward to Thanksgiving, a Pentagon officials said: "Disappointing them is not an option." 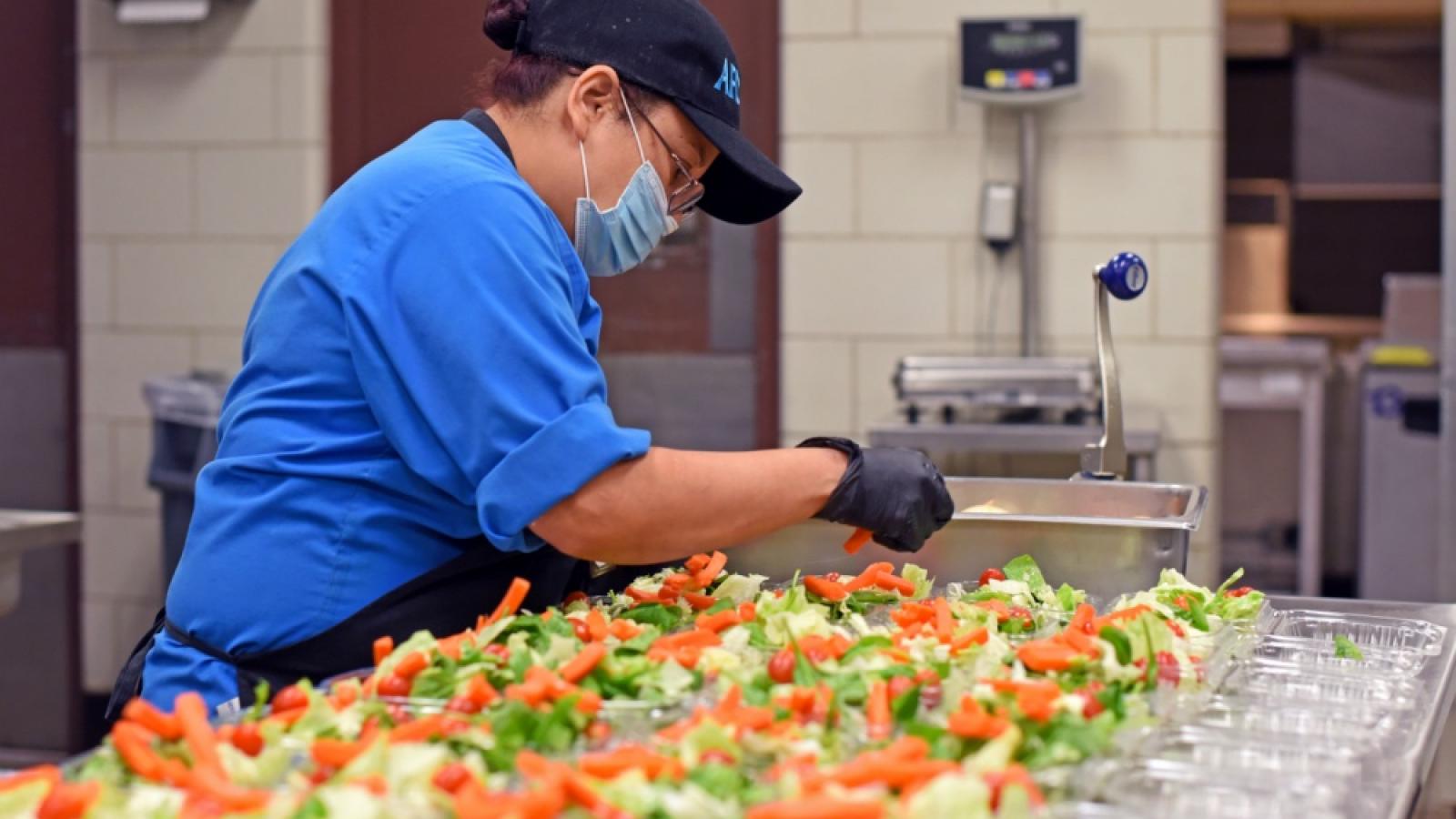 The Pentagon and civilian support groups have marshaled resources again this year to make sure America's troops are fed a traditional home cooked holiday meal on Thanksgiving.

The effort involves uniformed and off-post missions in the U.S. and overseas.

Operation Homefront, a civilian organization, fed more than 250 military families Nov. 19 near Fort Drum, New York, handing out holiday food packages. The group has held similar events around the country, and has scheduled additional missions - that include some veterans - in Connecticut, North Carolina, and other locations.

The largest operation falls to the military to feed active duty troops.

This year, the Pentagon reports, the agency has amassed Thanksgiving food for military dining facilities in the U.S. and abroad, including the Middle East, Europe, Africa, Korea, Japan, Qatar, Honduras, and elsewhere.

The Pentagon's planning and preparation for the troops’ holiday meal starts as early as March, with food arriving at some overseas locations by September.

The process with civilian efforts typically goes smoothly - but not always.

Around 15 years ago, a kind elderly woman "adopted" a deployed young soldier through Soldiers' Angels, a support group. She sent the soldier a cooked Thanksgiving turkey with all the trimmings, mailing it to his outpost in Afghanistan. The meal arrived in mid-January.

"She meant well - but the package she sent arrived in less than desirable conditions," Shelle Aberle, who was an official with Soldiers' Angels, told Just the News. "Toxic. Oozing. Growing. Reeking. Leaking. Hazmat even."

The soldier nevertheless appreciated the gift.

Both the civilian and military efforts this year will include measures to protect against the spread of COVID-19.

Operation Homefront will hand out pre-packed holiday bags, organizers said. The Defense Department, for its part, will forego its usual dine-in carving stations, and will distribute meals in grab-and-go containers.

"Food is emotional, and this year more than ever, it’s so important that DLA Troop Support got the turkeys, hams and all the trimmings to our troops wherever they are stationed," Army Col. Eric McCoy, a director with the agency, said in a statement.

Added McCoy: "Our supply chain takes the holidays very seriously. Our troops are far away from home, and they definitely look forward to this meal. Disappointing them is not an option."