Trump expressed his confidence in winning the election. 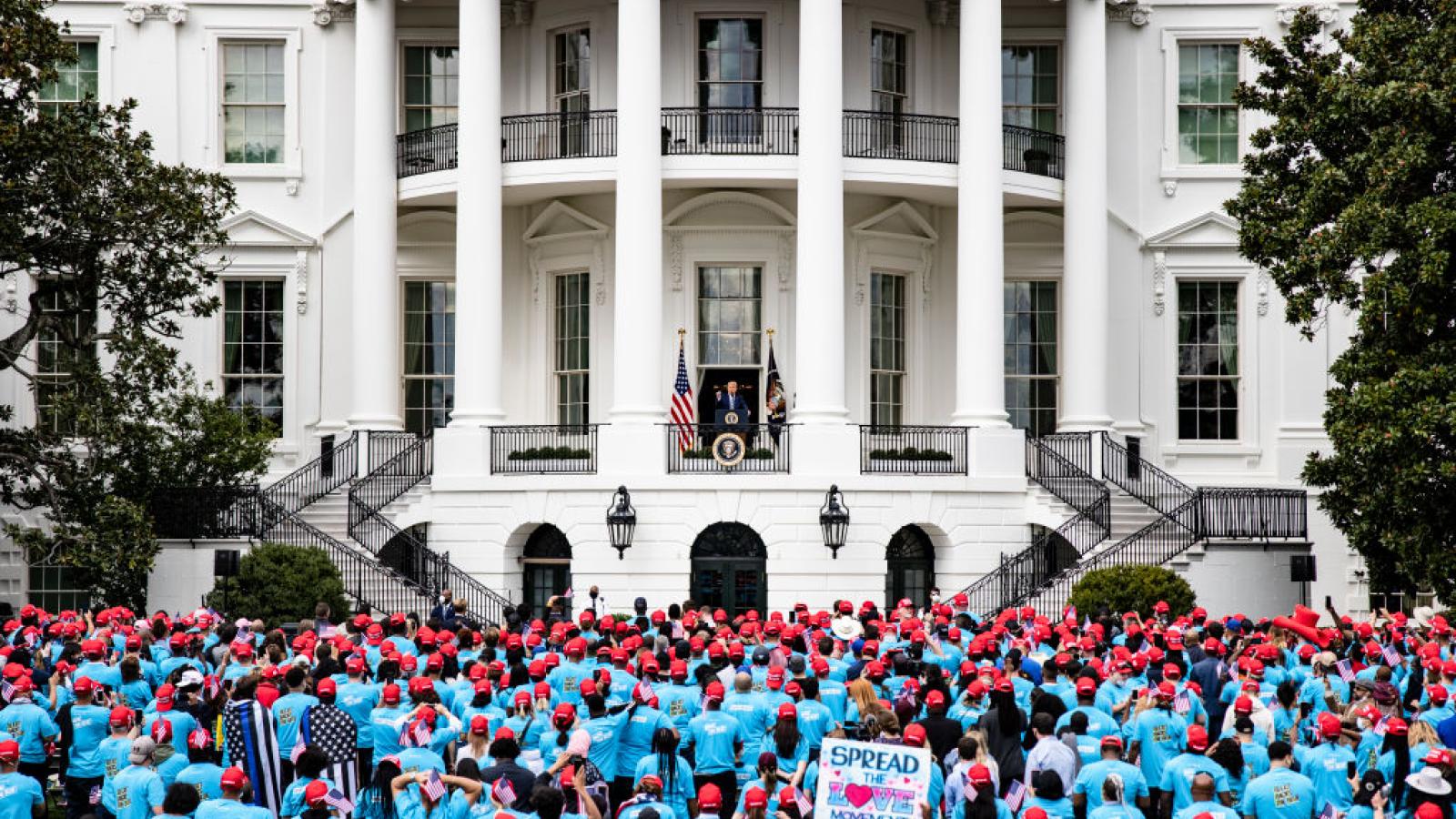 President Trump made his first public appearance since his COVID-19 diagnosis at a White House event Saturday afternoon. The Blexit foundation, founded by Candace Owens and Brandon Tatum organized the event, which Trump called a “peaceful protest.”

Over 2,000 people were invited to the South Lawn where the president gave a speech from the balcony of the White House, keeping a distance from all guests. Trump said he is feeling good and needs to get back to campaigning before the election.

“I think we’re gonna swamp them by so much hopefully it’s not going to matter,” he said, referring to GOP concerns with mail-in voting.

Trump expressed his confidence in winning the election, saying the polls are looking great in Florida, North Carolina, Arizona and Nevada.

“We have had more enthusiasm right now this year, than we had four years ago by a factor of three times, and we had a lot, and they had none.”

“Everyday, more black and Latino voters are leaving behind left-wing politicians and their failed ideology,” he said to the diverse White House crowd. “This is the single most important election in the history of our country. Get out and vote, and I love you.”