A First Amendment lawsuit by a college football team's ex-offensive coordinator may hinge on the performance of his players.

Kurt Beathard claims he was dumped because he removed an Illinois State University (ISU) athletics department Black Lives Matter poster from his office door. He replaced it with a handwritten poster reading "All Lives Matter to our Lord & Savior Jesus Christ."

Student athletes boycotted practice in part because of his action, and the next day head football coach Brock Spack told Beathard he did not "like the direction of the offense."

Beathard was "reassigned to a completely bogus and made-up position" in which he worked from home through the end of his 2020 contract, which was not renewed, the suit claims. Director of Athletics Larry Lyons "authorized and supported" the adverse action. (ISU itself is not a defendant.)

"If you put the government's message on your door, you keep your job," Beathard's lawyer Doug Churdar said in a press release accompanying the suit. "If you replace it with your own message, you're fired."

"Lawyers are not lining up to take these cases because they aren't particularly lucrative," Churdar wrote in an email. He's troubled that universities are "forcing an orthodoxy while simultaneously suppressing or punishing nonconforming viewpoints, particularly certain religious or conservative ones."

The fact that coaches are often fired for the team's failure "could force a jury to delve into the relative strength of the [football] offense to address the allegations of a pretextual termination," George Washington University constitutional law professor Jonathan Turley wrote in a blog post.

ISU's problem is that it made the BLM sign and was "clearly not happy with the posting of an alternative message," Turley said. The university's defense may lean on the athletes' boycott, arguing "the conflict between Beathard and his players" justified termination.

Beathard is the son of Hall of Famer Bobby Beathard, the longtime general manager of the team then known as the Washington Redskins.

The younger Beathard was a veteran coach of teams across the South and Midwest when he joined the ISU Redbirds, where his offense "set records" in 2014 and 2015, according to the suit.

He stepped down in 2016 to deal with family issues, came back in 2018 to lead two more seasons of "successful" offense, and took another break until his wife died of cancer in June 2020.

George Floyd's death in Minneapolis meant ISU was "dealing with tension" when Beathard came back in late summer 2020. Spack, the head coach, allegedly told him BLM was "freaking nuts" on campus.

The lawsuit suggests Beathard was the fall guy for Lyons, the athletics director, who had upset players by using the phrase "All Redbird Lives Matter" in a Zoom meeting Aug. 27.

Two days later, Spack asked Beathard to remove his handwritten poster, which he had put up more than a week earlier, and he complied. The department promised Aug. 31 to educate Lyons, administrators and coaches on "anti-racism."

It's not clear how much Beathard's poster riled football players. Local newspaper The Pantagraph didn't mention him in its coverage of the initial controversy over Lyons' language or the athletic director's subsequent apology.

It was only three weeks later that ISU announced but didn't explain Beathard's departure, prompting him to tell The Pantagraph about his "All Lives Matter" sign. Student newspaper The Vidette, Yahoo and sports publisher Outkick falsely reported he had quit and left the poster on the door as his parting message.

In a Sept. 29, 2020 column that disappeared from Outkick sometime between April and August, sports writer Jason King said Beathard corrected the record and explained his actions.

The athletics department poster included the website for the Black Lives Matter organization, whose avowed Marxism and hostility to the "Western-prescribed nuclear family structure" troubled Beathard.

His handwritten replacement poster reflected Beathard's reliance on his faith in the wake of his wife's death but also his nephew's fatal stabbing several months earlier.

"I think about the stuff that I got angry about when my nephew was tragically murdered," he told King. "His life mattered. My wife's life mattered, too. She lived with cancer for five years. She mattered to me. It's about every life."

Without giving a date, the lawsuit claims another coach who wanted Beathard's position had taken a photo of his poster and shared it with players. Beathard told King this happened "a few days" before Spack asked him to remove the poster.

The player boycott followed Sept. 1, and Spack told Beathard that he was in trouble but Lyons was not. (The athletic director would announce he was retiring less than a month later.)

The head coach announced the pretextual termination the next day, with Spack "literally ... walking from office to office asking various coaches to take Beathard's position," the suit claims.

State officials "basically created a non-public forum when it printed and posted BLM posters" and then punished an alternate viewpoint in that forum, Churdar told Just the News.

The Supreme Court ruled in the 1983 Perry Education Association case that regulation of nonpublic forums must be "reasonable and not an effort to suppress expression merely because public officials oppose the speaker's view."

The chronology of events flies in the face of Spack's performance-based explanation for Beathard's reassignment, Churdar said.

It wasn't even clear when Beathard returned whether the football season would happen due to COVID-19 restrictions, so there was no "direction of the offense" for Spack to evaluate. In addition, this "major staff change was never announced but had to be discovered by a local reporter."

The taxpayer-funded public officials violated not only their constitutional obligations but also ISU policy that explicitly promises "free expression and the open exchange of ideas" while requiring respect and tolerance for different opinions, the suit claims.

Rather than using Beathard's poster "as a teaching moment for any ISU football players who objected to his message," the defendants taught them "groupthink is paramount and that failure to toe the party line will result in termination."

The ex-coach is asking for reinstatement with back pay as well as nominal, compensatory and punitive damages "to deter future violations" by the defendants and "reverse the chilling effect" of their actions. 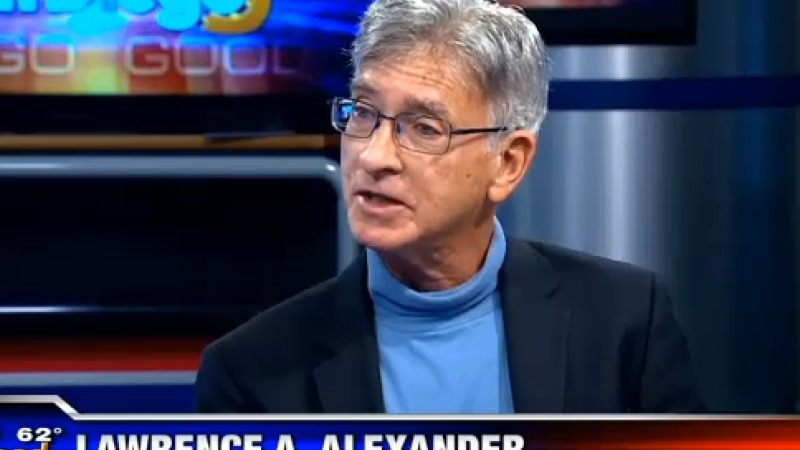