"We literally handed over operational control to the cartels," he said.

Morgan also told the "John Solomon Reports" podcast on Monday that his former agents feel "demoralized" while the "borders are wide open" and "every aspect of our public health, safety, national security is being jeopardized."

After Biden ends Title 42, the Trump-era migration mitigation measure, his administration is expecting as many as 18,000 illegal migrants to come to the southern border every day. Currently, between 7,000 and 8,000 migrants come to the border every day, and Morgan said America is "already in the crisis" from this.

The former commissioner said one 26-year veteran Border Patrol agent recently realized he was "actually part of the largest federal smuggling organization in the world" and he's "no longer" proud of his work at the agency.

"They know, because of this administration, our borders are wide open," Morgan said. "We literally handed over operational control to the cartels. It's way beyond the millions that have been smuggled in this country."

Morgan's comments echo National Border Patrol Council President Brandon Judd, who told "Just the News – Not Noise" last week that agents "feel defeated" and he has "never seen morale any lower" during his 25 years with the Border Patrol.

Morgan accused the Biden administration of purposely creating a border crisis that it failed to control.

"They opened our borders and intentionally created and facilitated a catastrophic crisis on the southwest border that we've never seen in our lifetime," he said.

Immigrations and Customs Enforcement spent about $17 million on expensive hotels for illegal migrants that largely went unused, Just the News reported on Monday.

Morgan said that some of the unused hotel rooms went for more than $300 a night.

"How many American families, when they travel, have stayed [in a] $300 a night hotel?" Morgan asked.

"Their priorities [are] to get as many illegal aliens in this country because  – it's disgusting – but because they see a perceived political benefit," he said.

Similarly, Rep. Claudia Tenney (R-N.Y.) told "Just the News – Not Noise" on Monday that Democrats "just want to bring people in and they want to have more voters" through immigration. 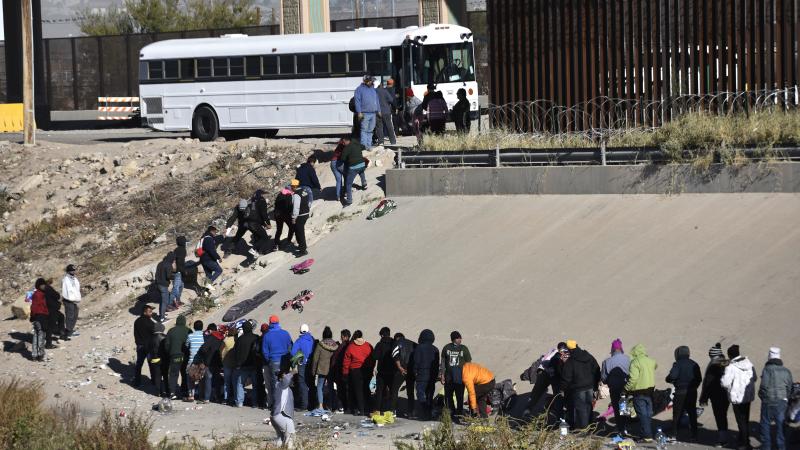 'A step back’: 21st anniversary of 9/11 is first where war on terror has faltered, experts warn