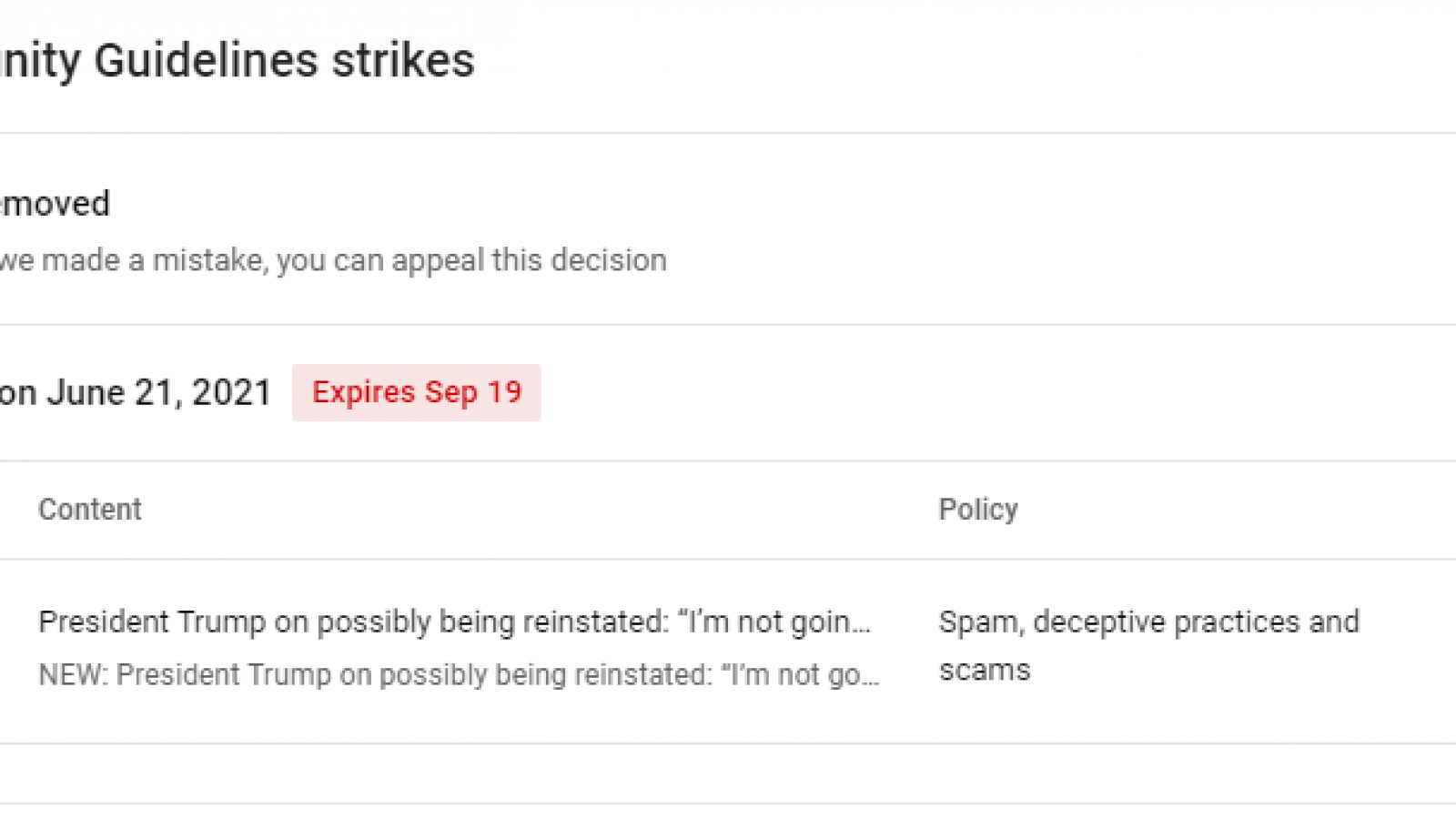 Real America's Voice has been suspended from YouTube for a week for posting an exclusive interview with former President Donald Trump in which he discusses the disputed 2020 presidential election.

The network shared a Monday night removal notice with Just the News that claimed the video violated YouTube's "spam, deceptive practices and scams" policy, but did not point to specific content within the video that violated the policy.

The interview opens with Trump saying "I never admitted defeat," in response to "Water Cooler" host David Brody asking him about the accuracy of recent headlines claiming Trump admitted he lost the 2020 election.

Trump did not claim to have proof the election was stolen. "We have a lot of things happening right now ... all you have to do is read the newspapers and see what's coming out now," he said.

Trump spoke in his signature speculative style in the interview. "If the election was fraudulent, people are gonna have to make up their own minds," he said. "It's not gonna be up to me. It's gonna be up to the public. It's gonna be up to, perhaps, politicians. I don't think there's ever been a case like this where hundreds of thousands of votes will be found. So we'll have to see what happens."

But when it comes to former Mike Pence's role, Trump said if the former vice president had kicked some states' electoral vote counts back to their state legislatures for review, "you might very well have a different president right now."

Real America's Voice is banned from uploading, posting or livestreaming on YouTube for a week. A second strike will impose a two-week hold, and a third in the same 90-day period will result in the channel's permanent removal, the notice said.

The removal "seemed a little heavy-handed and probably inappropriate," RAV program director Roger Hudson told Just the News. Trump was "so careful not to make a judgment call" about election fraud in the interview: "He didn't say what they said he said."

YouTube's fixed-period suspension is "such a wussy thing" because it will stop the network from livestreaming Trump's Saturday rally on YouTube, "a significant loss to us," Hudson said.

While the full interview has been removed, five clips of the interview remain live on RAV's YouTube page. They include Trump saying "I never admitted defeat," complaining about Pence not kicking back electoral vote counts, and claiming that American elections in retrospect "weren't free and they weren't fair."