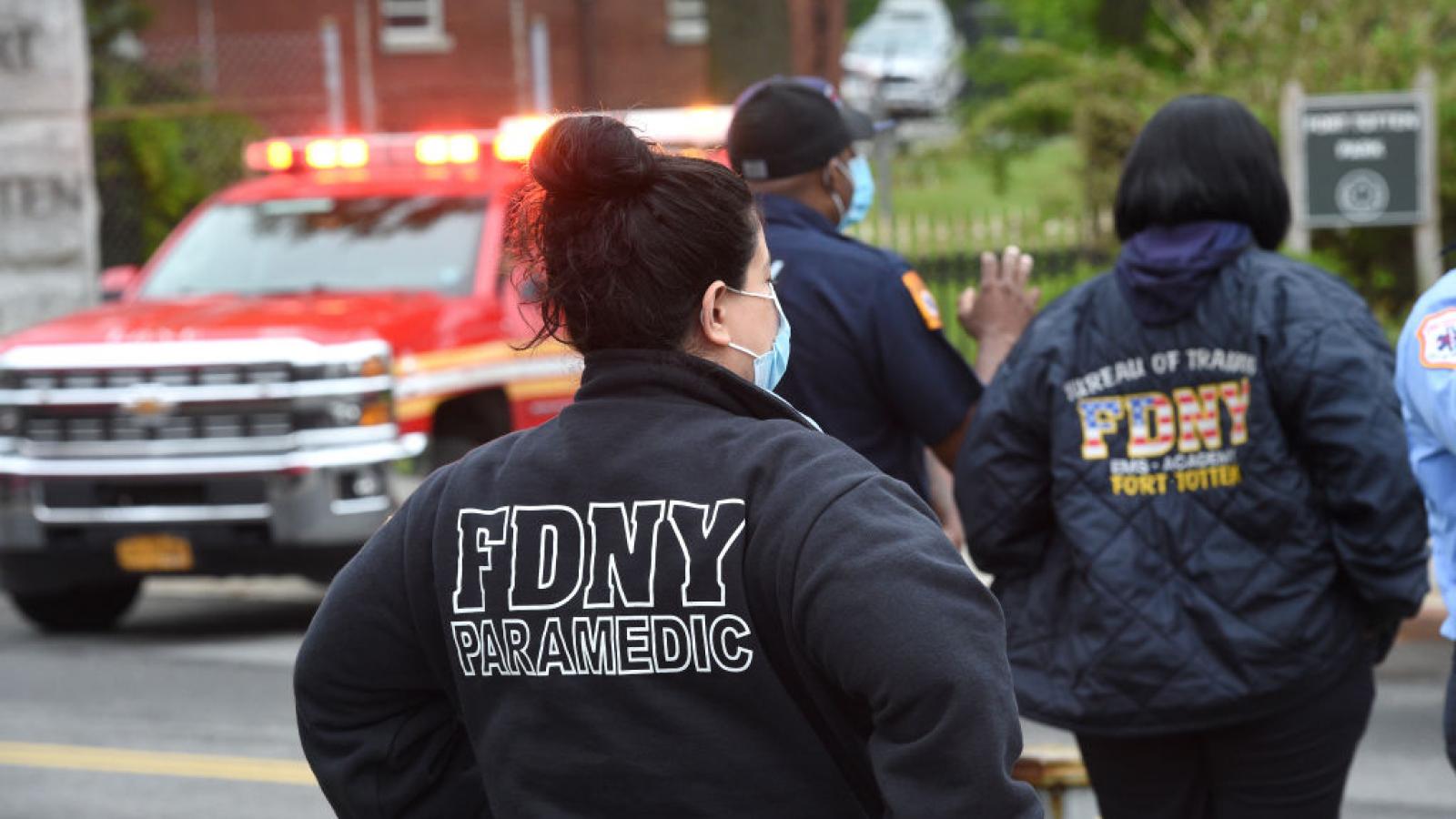 New York City emergency medical technicians, working amid a record surge in coronavirus cases, have been robbed twice at gunpoint in recent weeks.

Both incidents occurred in the city’s Brooklyn borough – the first on Dec. 7 and the next on Dec. 12.

In the most recent incident, two first-year EMTs with Fire Department New York were robbed inside a public-housing high-rise at about 2:18 a.m. while responding to a phony call about a patient having a seizure.

The EMTs exited a seventh-floor elevator and were told “give me your radios and (medical equipment) bags,” an NYPD spokeswoman told the New York Post.

The gunman then pushed all the buttons on the elevator and forced the EMTs inside.

In the earlier incident, the EMTs were working for the Kingsbrook Jewish Medical Center. They were reportedly robbed while responding to a bogus call about somebody having difficulty breathing, officials said.

EMT radios are worth several thousands of dollars. But the only drugs that EMTs in New York City carry are baby aspirin as a blood thinner for chest pains, Ventolin for asthma attacks, Epinephrine for allergic reactions and Narcan to reverse an opioid overdose.

A union president blamed the incidents in part on New York City Mayor Bill de Blasio, a Democrat, for "defunding the police," which he argues has resulted in officers going with EMTs on fewer calls.

New York was the hardest hit U.S. city at the start of the pandemic and got help from other states in getting patients to filled-to-capacity hospitals.

The city's recent surge in virus cases includes roughly 10,500 new ones on Dec. 17, eclipsing roughly 10,300 cases on April 3, days after the pandemic started in the United States.