Trump base fuses with suburbanites to send unmistakable message to Democrats as Biden coalition frays.

From local school boards to the marquee Virginia governor's race, restless American voters on Tuesday used an off-year election to send an unmistakable message that their country has drifted too far left on issues like education, defunding police and the economy and beckoned both parties to take note as the pivotal 2022 elections put control of Congress up for grabs.

Republican Glenn Youngkin's win in the Virginia governor's race, Minneapolis' clear rejection of a plan to disband its police department and the election of law-and-order candidates like former police officer Eric Adams in New York City restored more moderate policies in many communities beset by economic decline and surging violence and seething with parental anger with school bureaucracies they believe have become too ideological.

And Donald Trump's irrepressible base reunited with suburbanites to propel first-time politician Youngkin to surprising strength in Virginia, where Biden won by more than 10 points and where Democrat Terry McAuliffe was declared the loser by three points with more than 96% of ballots counted.

"In every election Tuesday people voted against the left, and the signal to Washington should be so clear even Democrats should get the message," former House Speaker Newt Gingrich told Just the News late Tuesday as election results began to solidify.

Win or lose, Youngkin's playbook offers a model for other GOP candidates seeking a winning strategy next year. He triangulated comfortably between Trump's base and the suburbanites who abandoned the 45th president in 2020, accepting Trump's endorsement but not putting the former president front and center. He then focused on economic, education and law and order issues while keeping his tone optimistic.

In contrast, McAuliffe tried to run a national campaign against Trump, one that a majority of voters said appeared to unfairly attempt to tar his GOP competitor while doubling down on an increasingly unpopular President Biden and the Democrats' big government agenda.

And in one fateful moment of the race's last debate, McAuliffe endorsed education bureaucracies over parental rights by proclaiming, "I don't think parents should be telling schools what they should teach."

It was a line played over and over in the final ads of the campaign, and voters cited it in exit polls as a decisive moment in their decision.

More importantly, exit polls showed an electorate strongly believing the country is headed in the wrong direction under Democrat rule and looking for a fresh start. More than 60% of Virginia voters, for instance, expressed concern the country is off course.

John McLaughlin, Trump's pollster, said the vote Tuesday was an unmistakable expression of buyer's remorse on the Biden agenda.

"The elections were driven by intense disapproval for Joe Biden and the Democrats' radical policies," he told Just the News. "Crisis at the border. Out of control crime. High gas prices. Rising cost of living. Failing education. And don't forget the surrender of Afghanistan. The country's on the wrong track, and the voters who could vote in an election voted to send the Biden Democrats a message. They miss the successful policies of President Trump. Huge buyers' remorse. This is not what they voted for."

Voters also made clear that their top concerns were the economy — teetering from inflation and supply chain woes and employment shortages —  education and security, three issues on which Republicans had a current advantage, according to NBC's national poll last week.

The issues appeared to propel Republican Jack Ciatarrelli to an unexpectedly strong showing in New Jersey, where he was still leading incumbent Democrat Gov. Phil Murphy with two thirds of the vote counted, Murphy was expected to cruise to reelection in the reliably blue state, and the close race was yet another warning sign for Democrats nationally.

While it will take a few days for all the races to be decided, the first aftereffects of the election were likely to be felt in Washington, where Democrats must decide just how far to go on Biden's signature infrastructure and social spending bills in the face of stubborn opposition from moderates like Sens. Joe Manchin and Kirsten Synema.

Across the country, Democrats also must evaluate their national and local strategies on defunding police and Black Lives Matters, movements begun in the aftermath of the George Floyd tragedy that waned as violent crime spiked in urban areas where police resources were cut.

Minneapolis voters rejected by a 57-43 margin a plan to dismantle the Minneapolis Police Department and replace it with a new public safety agency. The vote was a stinging rebuke for defund-the-police advocates and exposes a generational schism between older black voters and white voters who distrusted the plan and younger minority voters who embraced it as a solution to the Floyd tragedy that rocked the city.

Adams, a former police captain with a law-and-order plan to fight violence in the Big Apple, won handily in New York City in a rejection of outgoing Mayor Bill DeBlasio's anti-police policies. Likewise, the top two finishers in Atlanta's mayoral race, both of whom head to a runoff, were Democrat candidates with plans to grow the size of that city's police department after a year of relentless growth in violence.

But in Austin, Texas, an increasingly liberal bastion inside red Texas, voters rejected increasing the funding to that city's police department by a large margin. 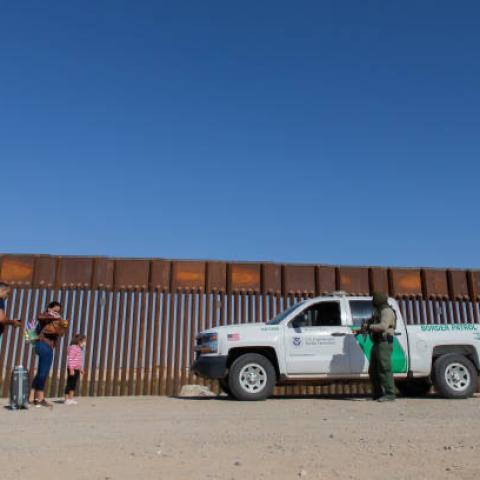 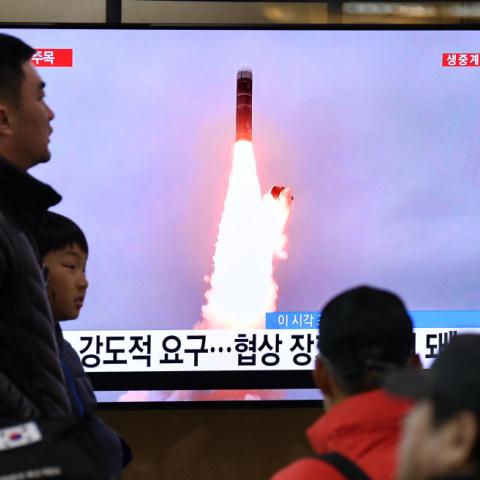