Sen. Tim Scott will not join other GOP lawmakers in electoral vote challenges on Jan. 6

"As I read the Constitution, there is no constitutionally viable means for the Congress to overturn an election wherein the states have certified and sent their Electors," Sen. Scott said in a statement. 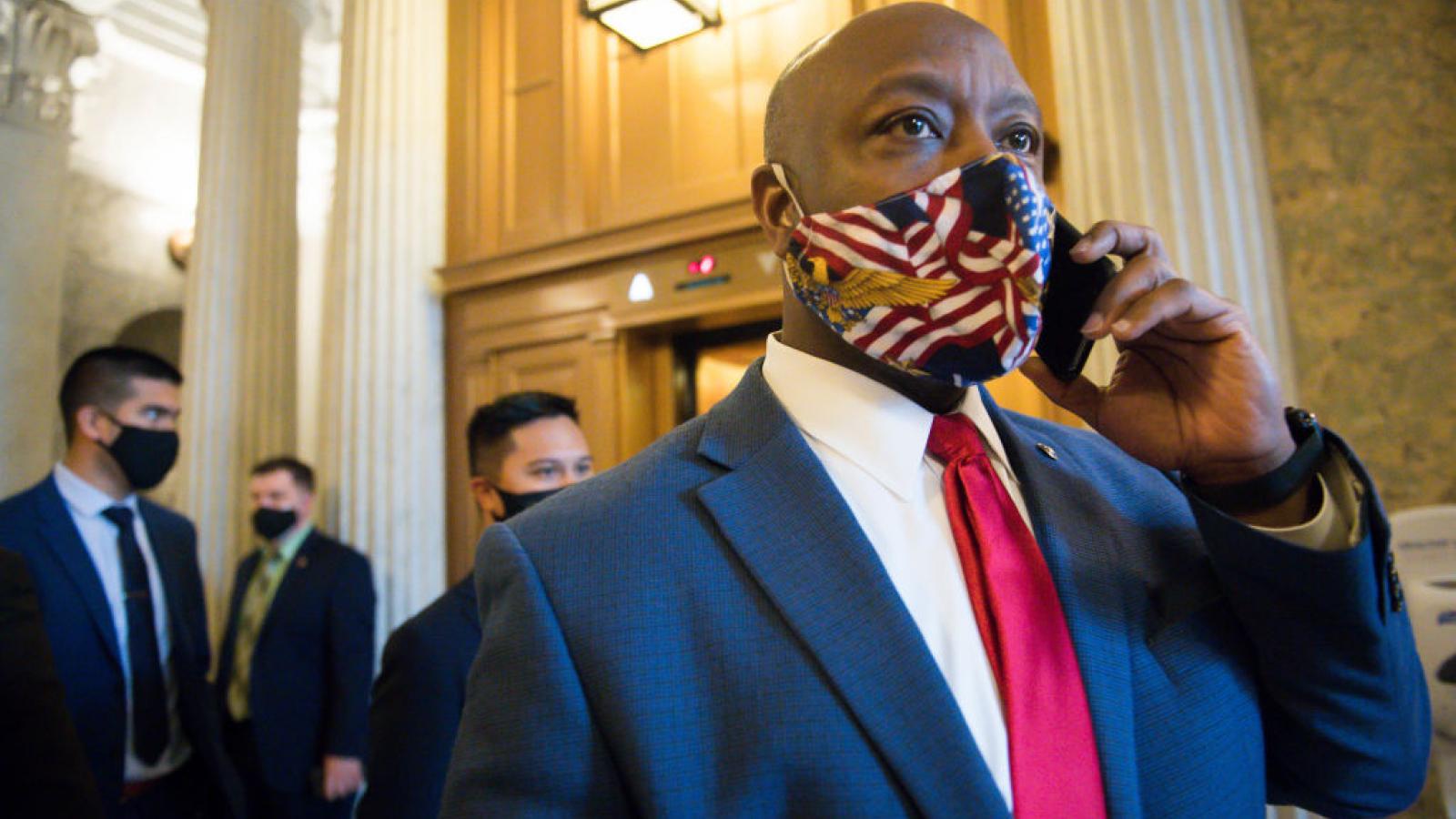 Sen. Tim Scott issued a statement on Tuesday saying that he does not see a constitutional avenue for Congress to overturn an election in which states have certified and submitted electors.

"As I read the Constitution, there is no constitutionally viable means for the Congress to overturn an election wherein the states have certified and sent their Electors," Sen. Scott said in a statement. "Some of my colleagues believe they have found a path, and while our opinions differ, I do not doubt their good intentions to take steps towards stamping out voter fraud. Importantly, I disagree with their method both in principle and in practice. For their theory to work, Nancy Pelosi and House Democrats would have to elect Donald Trump president rather than Joe Biden. That it is not going to happen, not today or any other day."

The South Carolina Republican's statement came the day before electoral college votes will be counted during a Jan. 6 joint session of Congress presided over by Vice President Mike Pence—some Republican lawmakers have announced plans to object during the process.

If at least one lawmaker from each chamber objects to a state's electoral vote returns, the two chambers will separately debate for up to two hours and then vote on the issue: "An objection to a state’s electoral vote must be approved by both houses in order for any contested votes to be excluded," according to the Congressional Research Service.

"One of the great things about a democracy is there will always be another election," Sen. Scott said in his statement. "And it is imperative those elections be free, fair, and reliable. That’s why I believe the first legislative action the 117th Congress should undertake is the debate and passage of an election security and voter protection package. We must protect future elections from the same uncertainty that has plagued the 2020 election. While it is true the states control elections in their respective jurisdictions, our Constitution still allows Congress to fill any real or perceived voids. There is a growing perception in this country that our elections are not as secure as they can be, and that must be remedied immediately."