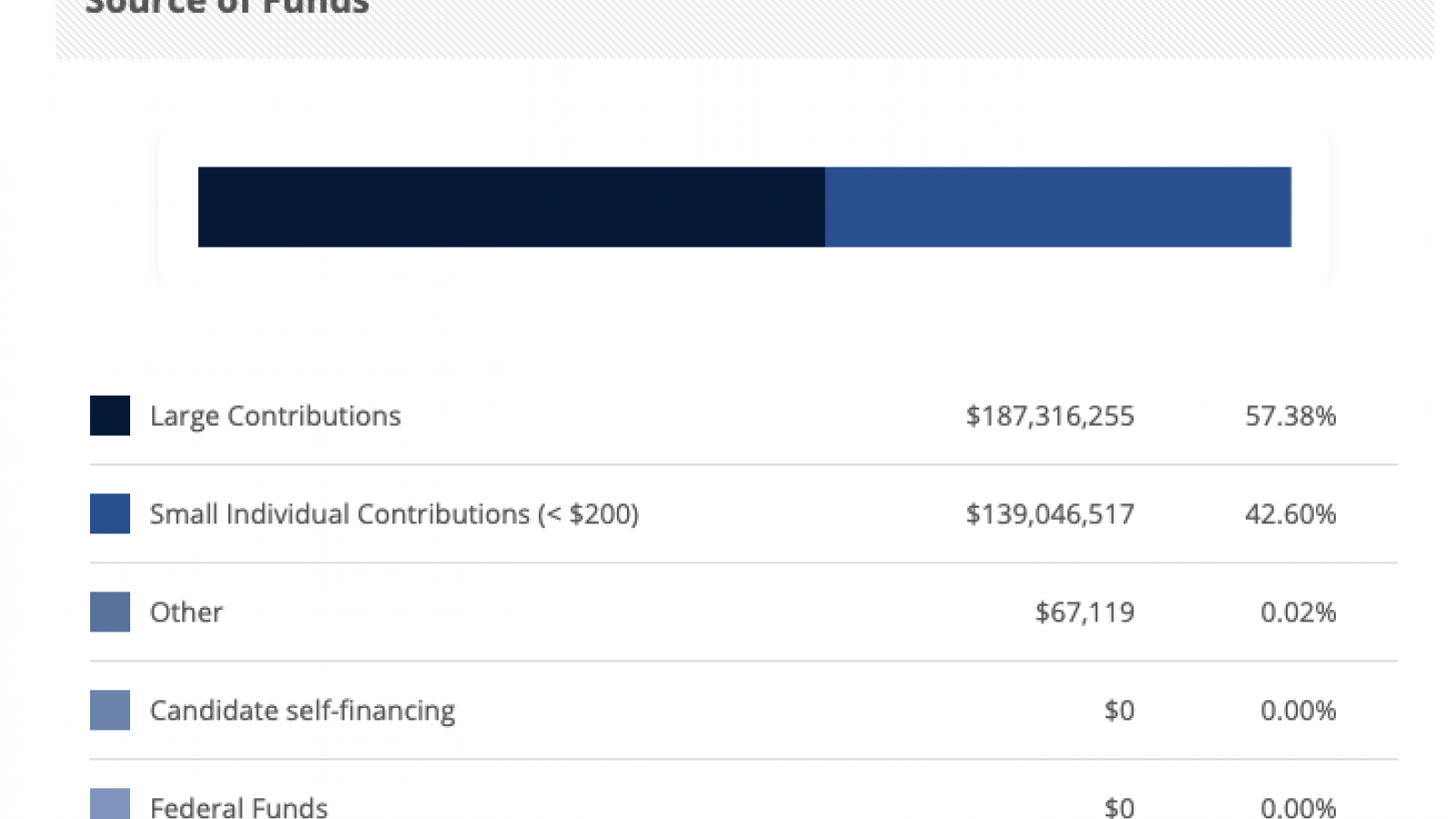 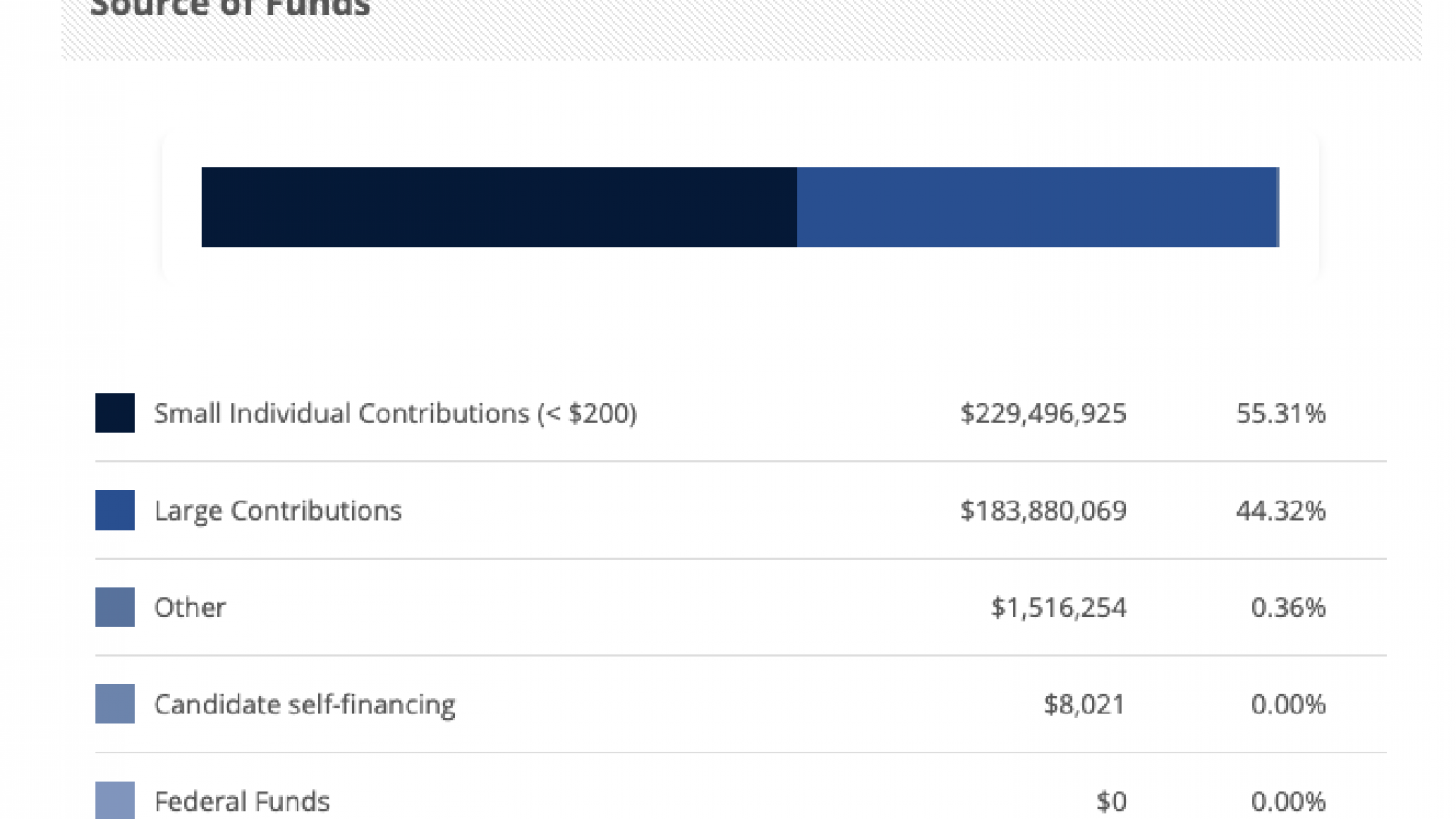 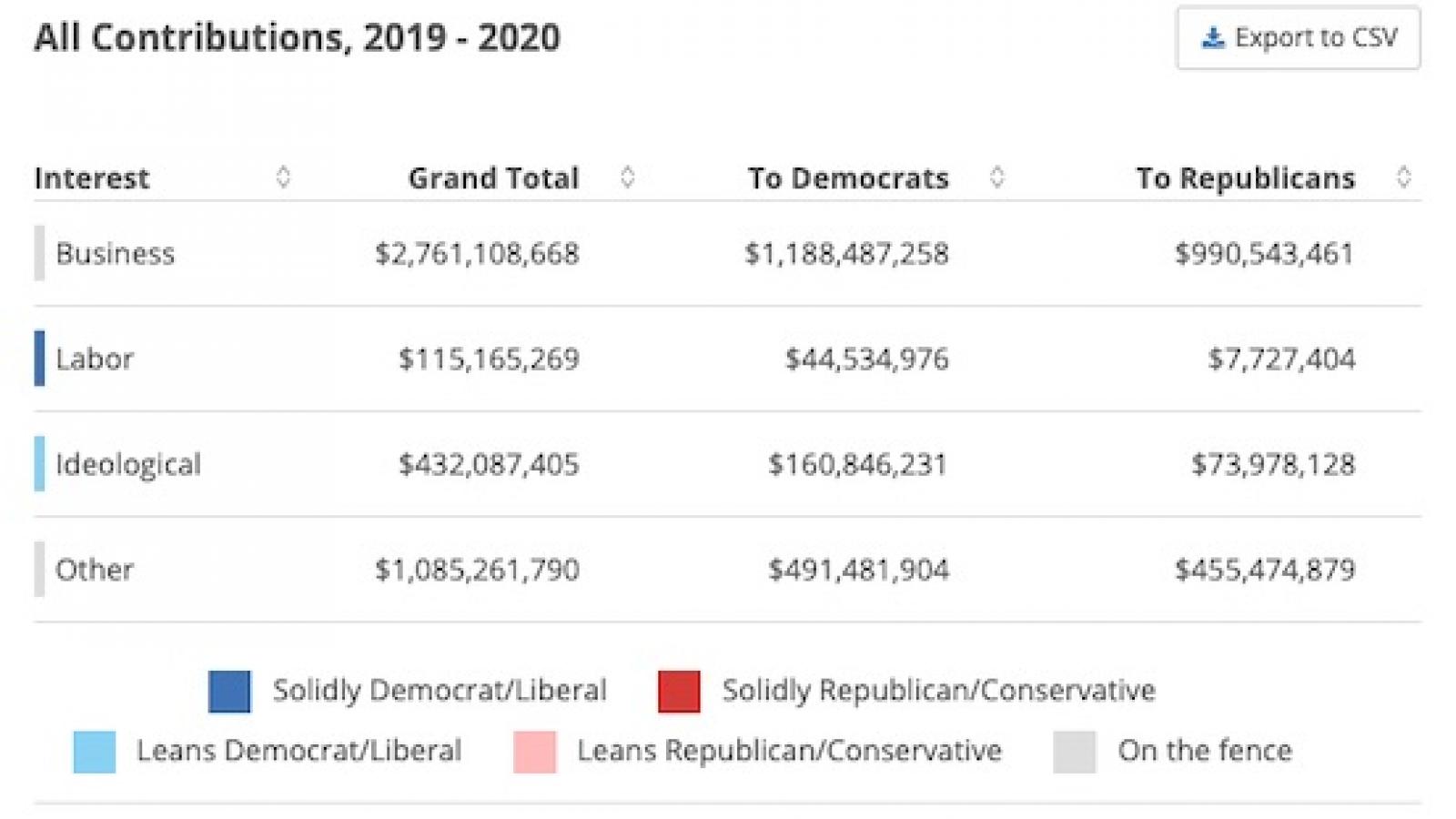 An imperfect though telling metric in presidential campaigns is enthusiasm among small donors, those giving $200 or less. It's a rough proxy for enthusiasm among the base, and just as polling shows President Trump receives a more ardent embrace among his base than rival Joe Biden, the individualized money story reflects that as well.

Americans who donate to campaigns are more likely to vote, according to the Pew Research Center. "Among those who say they vote always or nearly always, 21% said that they made a donation, compared with 4% of those who seldom voted or voted only part of the time," the Pew survey found.

Large donations comprise a bigger chunk of the overall money raised by Biden than Trump. This trend could fit into Trump's electoral argument that Biden is beholden to large, global corporations, while Trump is a fighter for the working and middle classes.

The Center For Responsive Politics told Just the News it does not have data on the specific number of people who have donated in small amounts to either campaign. Tracking this data is especially compelling for small donors located in swing states.

Separate Center For Responsive Politics data for campaign contributions overall — including congressional campaign donations — shows that business interests have given more to Democrats ($1.12 billion) compared to Republicans ($990.5 million) during the 2019-2020 election cycle. Organized labor, meanwhile, has donated far more to Democrats ($44.5 million) than to Republicans ($7.7 million).

On Tuesday, Trump said he was willing to self-finance his own campaign to win reelection if necessary.

"If I have to, I will," Trump told reporters at Joint Base Andrews as Air Force One prepared to depart for a campaign stop in Florida. "Whatever it takes, we have to win."

So far in the 2020 cycle, according to the Center for Responsive Politics, Trump has donated $8,021 of his own money to his campaign. The Center also reported that in 2016, Trump spent about $66 million of his personal money, out of more than $433 million total he raised.

The Trump and Biden campaigns did not respond to request for comment from Just the News.

Last year in the second quarter of 2019, the New York Times reported that Trump campaign officials said they received 725,000 individual donations online, with average giving of $48. This level of small-donor enthusiasm was unprecedented in GOP politics, according to a committee official, who noted this was the fist time the Republican National Committee attracted a larger share of donations under $200 than the Democratic National Committee.