"He avoids using 'defunding the police' because he knows Republicans are going to try to grab onto it," a campaign staffer purportedly said. 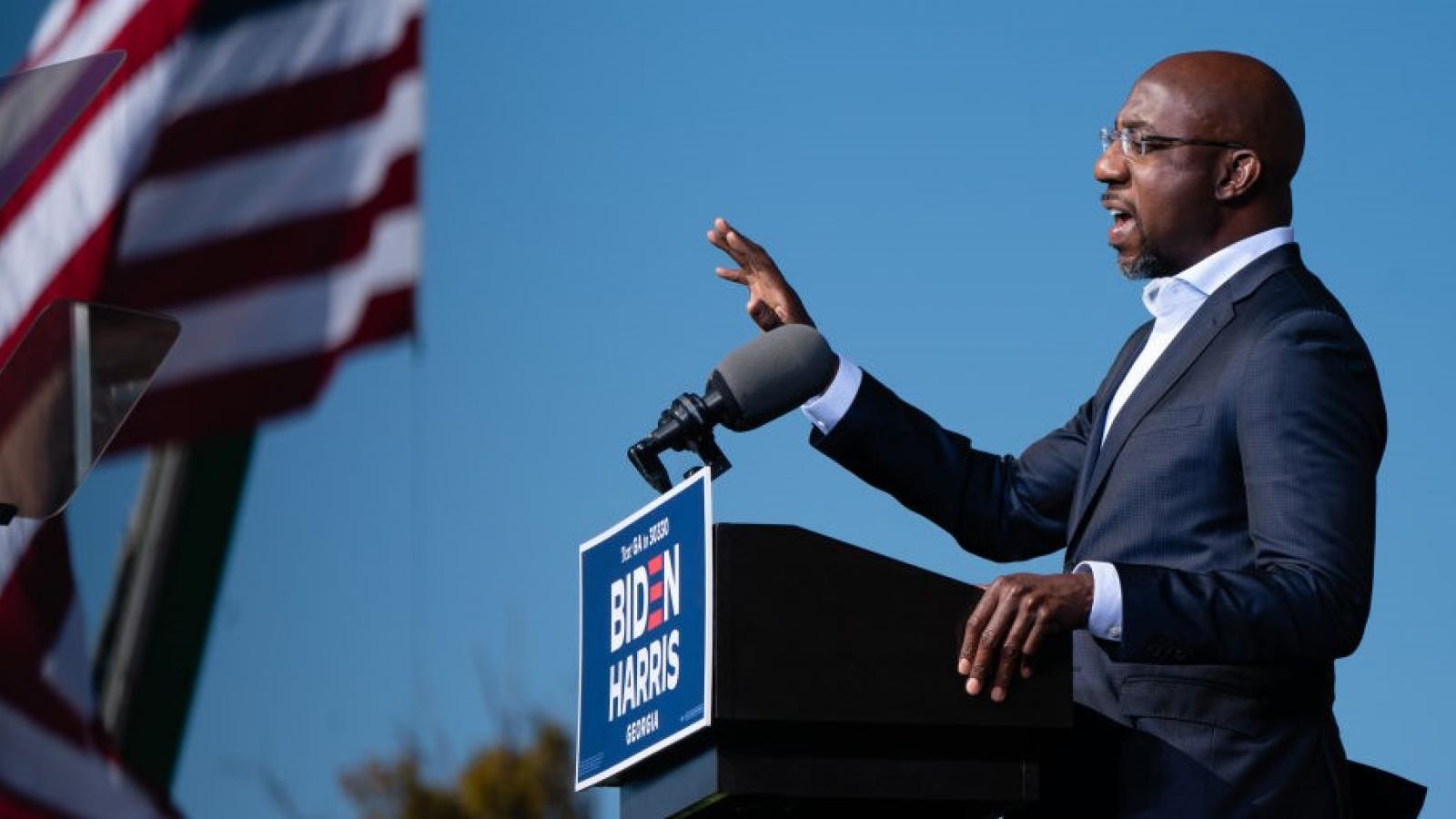 Project Veritas on Monday released undercover tapes in which two people identified as aides for the campaign of Georgia Democratic Senate candidate Raphael Warnock seem to be saying their candidate is more supportive of “defunding” police departments than he acknowledges.

"He avoids using 'defunding the police' because he knows that the Republicans are going to try to grab onto it and attack, right?” says a man identified as a Warnock finance assistant. “But in reality, his whole platform with police reform is along the lines of the same people who are saying ‘defund the police.' "

The tape was released by Project Veritas, the undercover journalism group founded in 2011 by James O'Keefe, one day before Georgia voters go to the polls in two hotly contested Georgia Senate runoff races.

Warnock is challenging Republican Sen. Kelly Loeffler. He has repeatedly said that he opposes defunding the police but wants to hold law enforcement accountable, following a summer of protests over police brutality, according to The Washington Times.

The other person in the recording is a woman identified as the Warnock campaign’s director of small-business engagement. She seems to say on a phone call with a Project Veritas investigator that Warnock is "very progressive" and "pro-police reform, absolutely, 100% without a doubt."

Asked if he was "on our side when it comes to defunding these suckers in blue, these police," the woman replied, "Absolutely! Absolutely!"

Project Veritas has identified the staffers by name but their names have not been independently identified.

In the other Georgia runoff race, GOP Sen. David Perdue is being challenged by Democrat Jon Ossoff, a progressive.