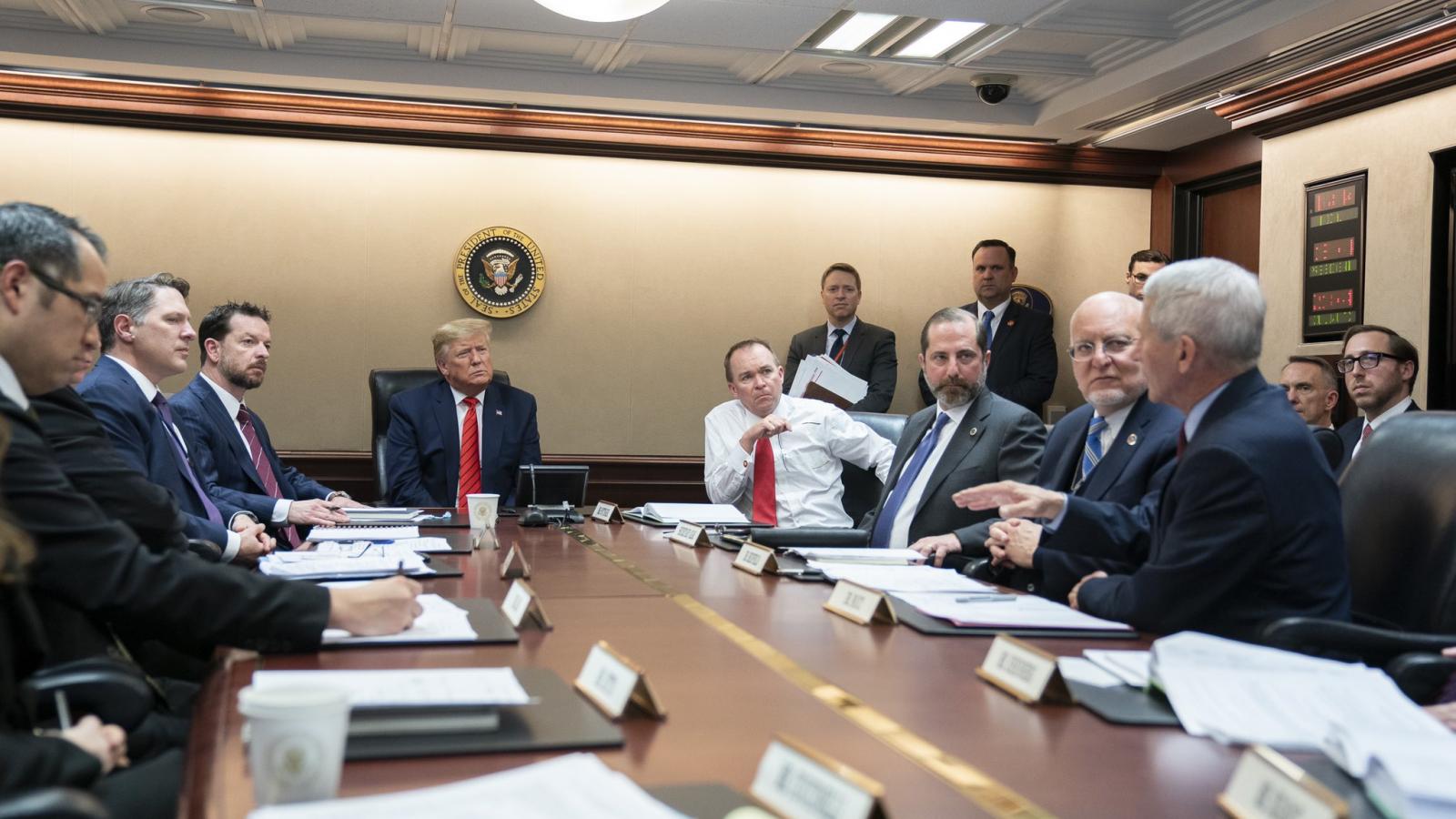 The U.S. death toll from the illness has now reached 14 people, with Maryland confirming its first cases.

New York has confirmed 22 cases of the virus.

Thirteen people in Washington state have died from the virus, most at a Seattle-area nursing home.

The president canceled plans Friday to visit the Centers for Disease Control and Prevention in Atlanta, saying he doesn't want to disrupt the agency's critical, urgent work.

The bill Trump signed was passed by Congress on Thursday.

The administration initially asked Congress for $2.5 billion, but Trump later said that he would accept whatever measure approved on Capitol Hill.

The bill allocates funds for vaccine research and for state and local governments to fight the outbreak.

The number of confirmed cases worldwide of coronavirus has passed 100,000. The death toll has surpassed 3,200.

The World Health Organization is encouraging governments to do all they possibly can to help control the spread of the illness.

“This is not a drill,” said director general of the WHO Dr. Tedros Adhanom Ghebreyesus.

Hubei province in China, reported on Friday that they had no new cases of the illness outside of its capital, Wuhan, where the disease first emerged.

The Environmental Protection Agency has released a list of disinfectants that should help shield against the spread of the virus.

Coronaviruses are classified as enveloped viruses, which means “they are one of the easiest types of brushes to kill with the appropriate disinfectant product,” the EPA said in releasing the list.