By 5-to-1 margin, Americans believe China covering up, not cooperating in COVID-19 origin probe

Poll finding comes even as a World Health Organization team investigating the origins of the pandemic rejected as "very unlikely" a widely held surmise that virus escaped from China's Wuhan Institute of Virology.

China is covering up instead of cooperating in international efforts to pinpoint the source of the COVID-19 pandemic, respondents said by an overwhelming 5-1 ratio in a new Just the News Poll with Scott Rasmussen.

A mere 11% in the poll of registered voters said China has "cooperated with international authorities and provided all relevant information concerning the origin of the coronavirus."

In startling contrast, a whopping 55% of respondents said the communist-ruled nation has "refused to provide information and access to cover up its own role in the origin of the pandemic." 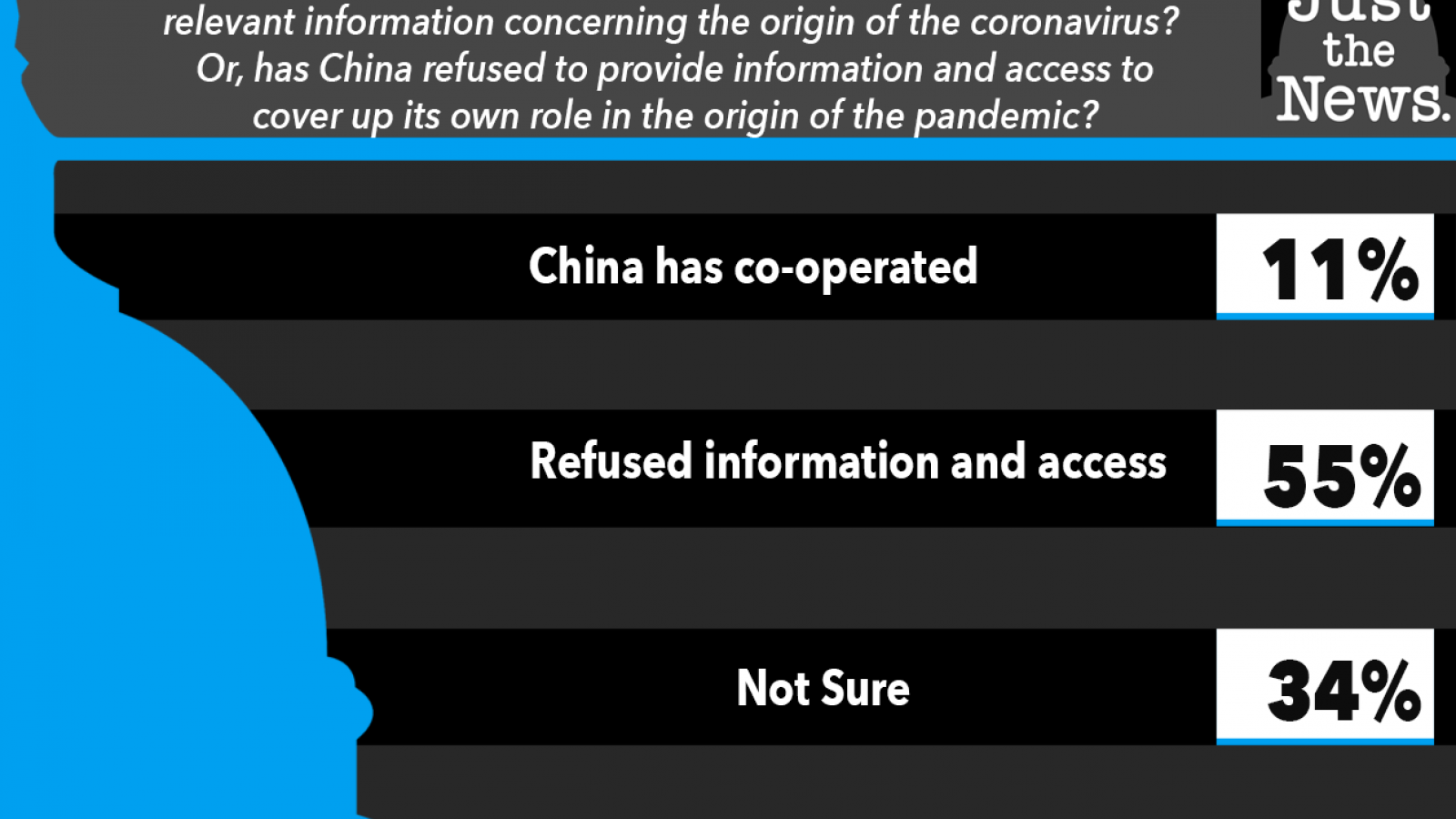 Every demographic subset measured in the poll believes by a ratio of at least 2-1 that China is concealing its role.

The finding comes even as a World Health Organization team investigating the origins of the SARS-CoV-2 pandemic rejected as "very unlikely" a widely held surmise that the virus escaped from the Wuhan Institute of Virology. Located in Wuhan, China, the lab has long conducted research into bat coronaviruses and is located close to Wuhan's Huanan Seafood Market, the early epicenter of the COVID-19 pandemic.

Scientists, meanwhile, are questioning the credibility of the WHO team's conclusion for reasons ranging from lack of access and investigative independence on the ground in China to "fixed views" and vested interests on the part of investigators.