Pelosi is essential tied with former President Trump in unfavorable ratings, in the new poll.

Fifty-three percent of respondent view the long-time House Democratic leader in a negative light, while just 36% feel that way about McCarthy, the chamber's top Republican.

However, Pelosi's favorable ratings are higher than those of McCarthy – 36% to 25%. 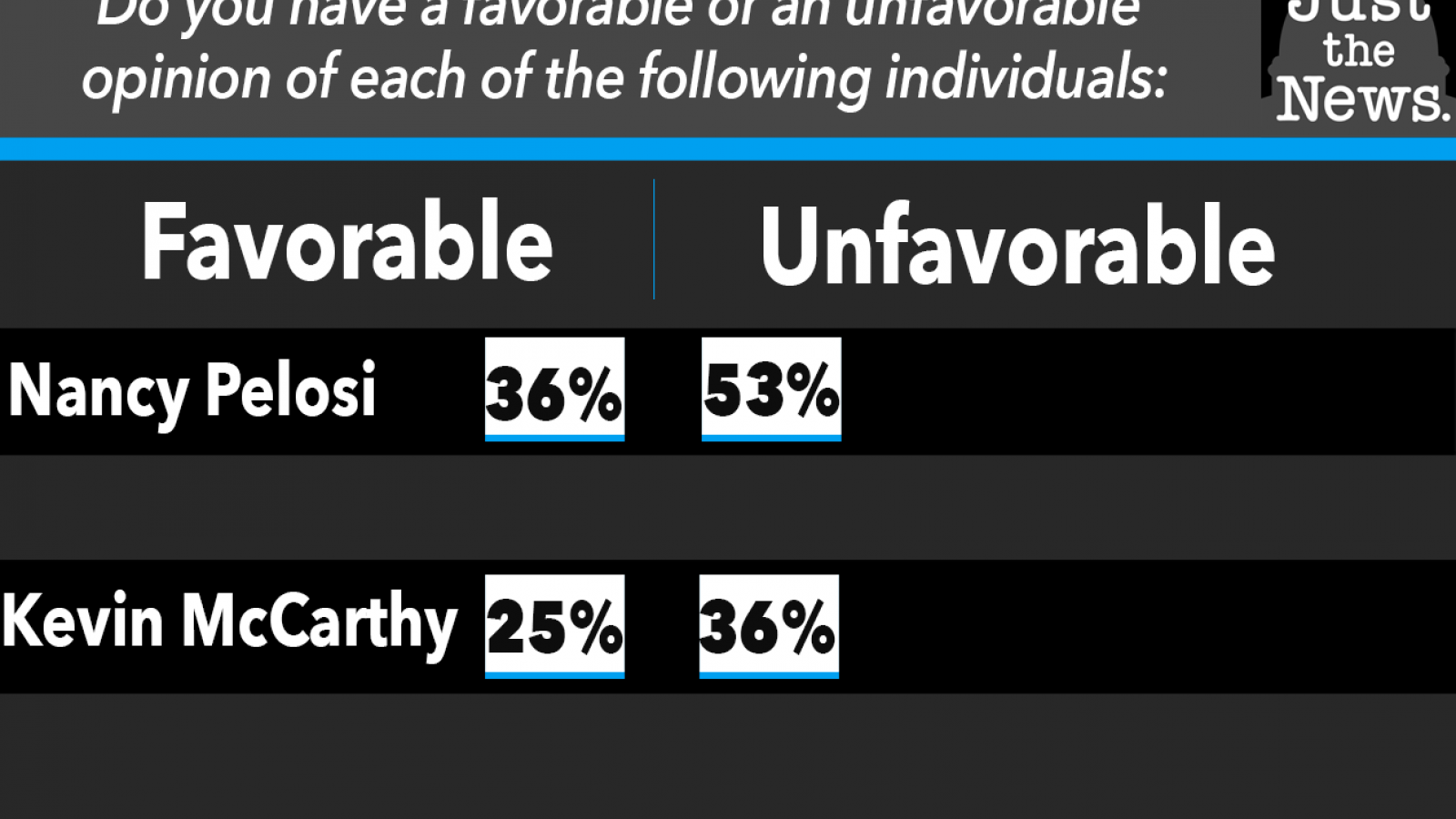 Pelosi's unfavorable rating is roughly equal to that of former President Trump's, whose number is slightly higher at 40%.

McCarthy's has pulled ahead of Republican Senate leader Mitch McConnell – with the House leader staying loyal to Trump while McConnell chooses to publicly distance himself from the former president, polls results show.

Amid fears of Russian attack on Ukraine, Moscow sends fighter jets to patrol inside Belarus