Just the News poll shows Biden up 48% to 36% over Trump, Biden now leads by 14 among suburbanites 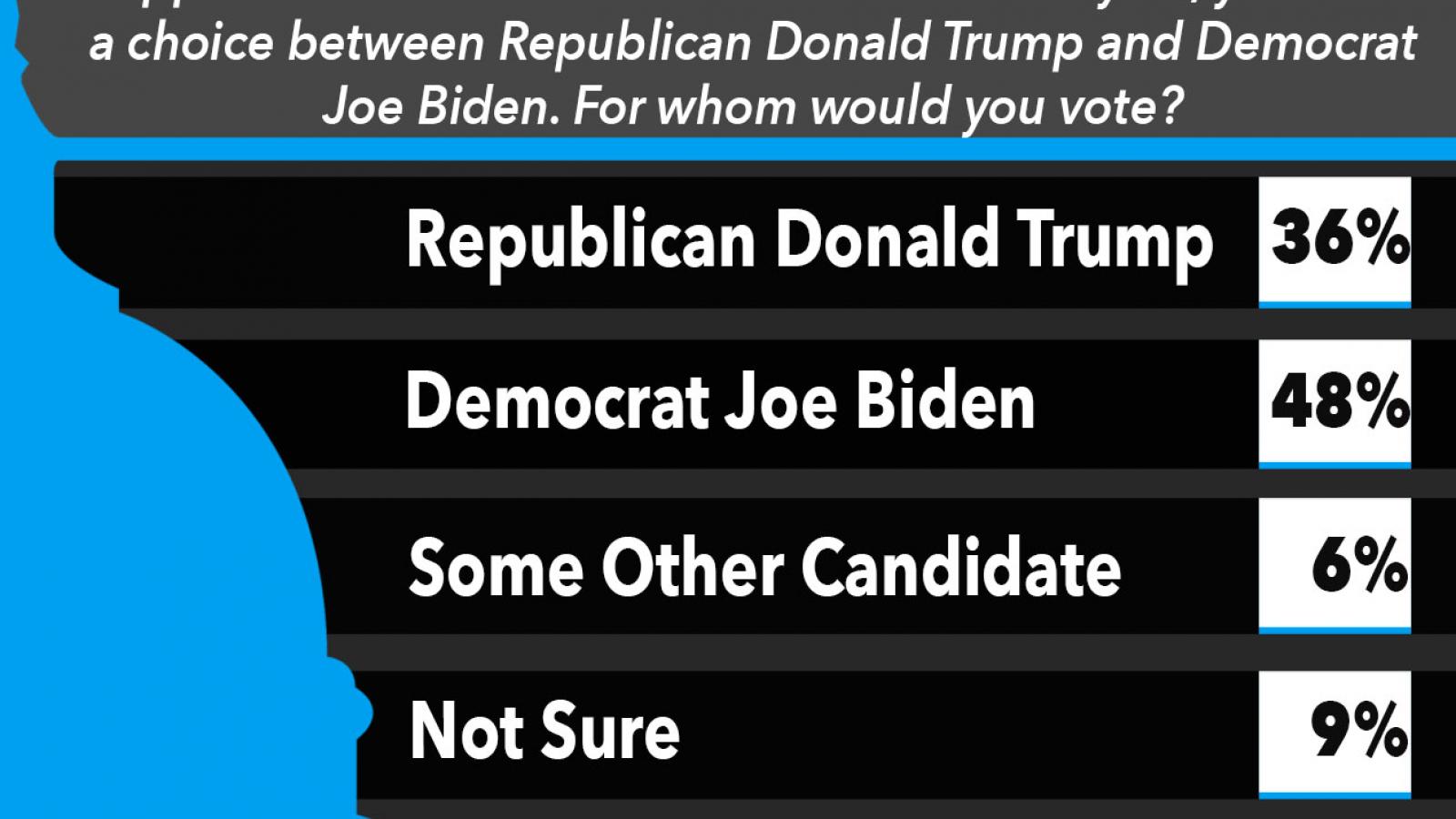 Democratic presidential candidate Joe Biden is up 48% to 36% over President Trump in the race for the White House, according to a new Just the News Daily Poll with Scott Rasmussen.

Biden now leads by 14 percentage points among suburban voters. Among those without a college degree – a demographic that’s usually strong for the president – the candidates are even. As for college graduates, they prefer Biden 58% to 29%.

"There is no way to describe these numbers as anything but bad news for President Trump," Rasmussen said. "If the election were held today, he would lose ... and lose badly. The Republican majority in the Senate would certainly be at risk as well."

Many Republicans had hoped that the encouraging jobs report would help the president, but that didn’t happen, Rasmussen noted.

"Partly that’s because it often takes many months of good economic news to have an impact," he said. "An even larger factor may be the emergence of the Civil Rights issue. As racial tensions dominate the news, it focuses attention on a significant weakness for the president."

The previous JTN presidential poll showed Trump trailing by 7 percentage points, but this has now widened to a 12-point gap.

"The only real concern for Democrats in this polling is that the election is not being held today," Rasmussen said. "These numbers would have been unimaginable a few months ago – before the pandemic, the lockdowns, and the murder of George Floyd. Depending upon how events unfold, things might look much different in November than they do today. But for now, Biden is the clear leader in the race."

Just the News Daily Poll respondents were asked “Suppose that in the Presidential Election this year, you have a choice between Republican Donald Trump and Democrat Joe Biden. For whom would you vote?” They replied as below:

"What should be especially unsettling for Republicans is where the decline has occurred," Rasmussen said.

With McDaniel reelection at RNC, GOP leadership trio all keep power despite calls for change
Russia and Ukraine Scandals