View prevailed by varying margins among both men and women and across all racial and ethnic groups, age cohorts, income brackets, education levels and residential categories measured in the survey. 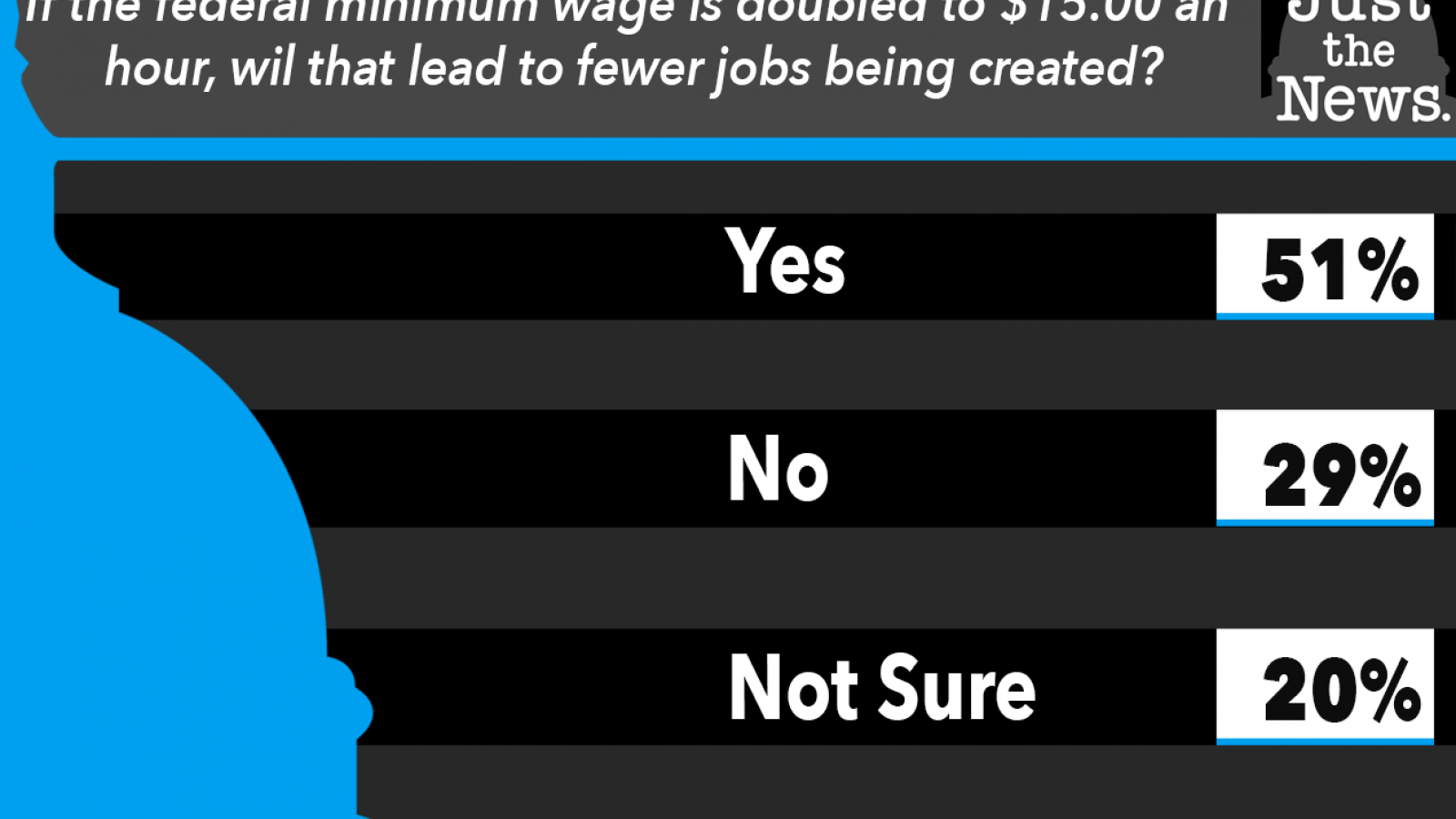 A majority of U.S. voters believe by a decisive margin – 51%-29% – that doubling the federal minimum wage to $15 an hour will "lead to fewer jobs being created," according to a new Just the News Poll with Scott Rasmussen.

Aside from Democrats, the only measured groups that do not fear the minimum wage hike's adverse impact on jobs are those describing themselves as either somewhat or very liberal, as well as government employees. The latter say the hike would not mean fewer jobs, but only by the statistically insignificant margin of 42%-40%.

The survey of 1,200 Registered Voters was conducted by Scott Rasmussen using a mixed mode approach from Feb. 4-6, 2021.