Poll: Fewer than half of all voters say Democratic VP pick Harris is qualified to become president

Fewer than half of registered voters say presumptive Democratic vice presidential nominee Sen. Kamala Harris is qualified to become president if circumstances should dictate she do so, according to a new Just the News Daily Poll with Scott Rasmussen.

Asked if Harris, a freshman California senator, is "qualified to serve as president of the United States" if "it were to become necessary," just 47% of poll respondents said yes.

Responses from the two major political parties, meanwhile, were lopsided: Eight out of 10 Democrats said that Harris was qualified, while only 15% of Republicans felt that way.

Notably, just 39% of independent voters – a critical demographic for deciding elections – think Harris could properly handle the duties of the presidency. 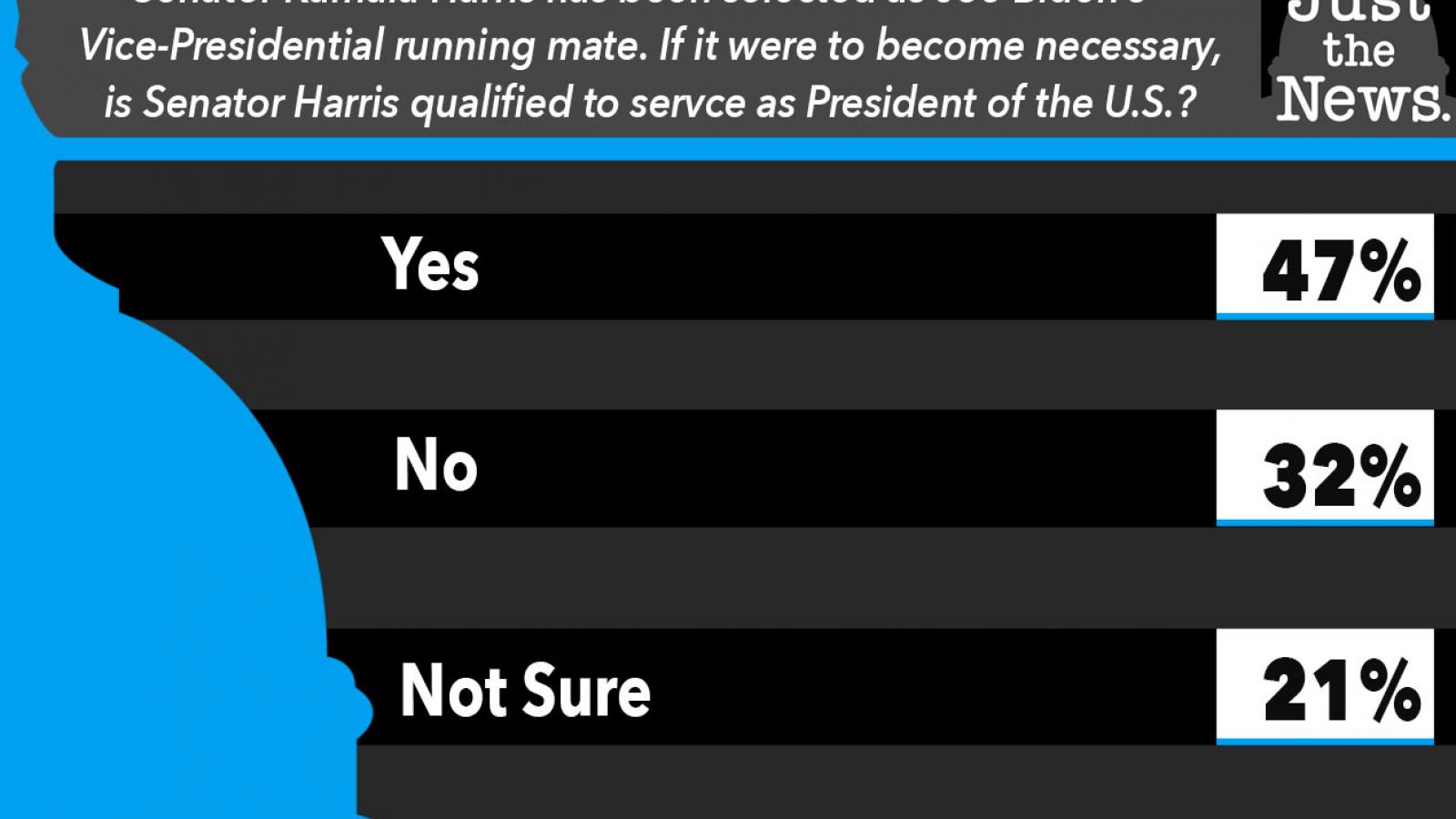 The poll comes about one week after a Just the News Daily poll found six out of 10 Americans think the vice presidential picks this year are "more important than usual."

The question of whether the 55-year-old Harris, a former California attorney general, is capable of becoming commander in chief comes amid questions about whether the 77-year-old Biden is physically and mentally capable of running for the country for at least one term, or perhaps two.

"The voting implications of these perceptions are far from clear," said Rasmussen, a veteran polling expert. "In 2016, President Obama declared Hillary Clinton to be the most qualified person ever to run for president. But most voters had an unfavorable view of candidate Clinton. And according to exit polls, just 52% believed she was qualified for the job."

"In the end, she lost to a man just 38% believed was qualified for the job," Rasmussen also said. "Apparently, other factors were more important to voters."