Poll: Nearly half of all voters concerned violent riots will come to their communities

"Half the country being worried about violence in their own community is a startling fact," said pollster Scott Rasmussen. "Not something we would normally see in 21st century America."

Nearly half of all registered voters in the country are concerned that violent riots could arise in their own communities, according to a new Just the News Daily Poll with Scott Rasmussen.

A total of 48% of voters expressed fears that the destructive protests across the U.S. in recent months might happen their own neighborhoods. Just 20% of voters, meanwhile, are not at all worried, while 30% said they were "not very worried" about the possibility. And 3% said they were unsure.

"Half the country being worried about violence in their own community is a startling fact," Rasmussen said. "Not something we would normally see in 21st century America." 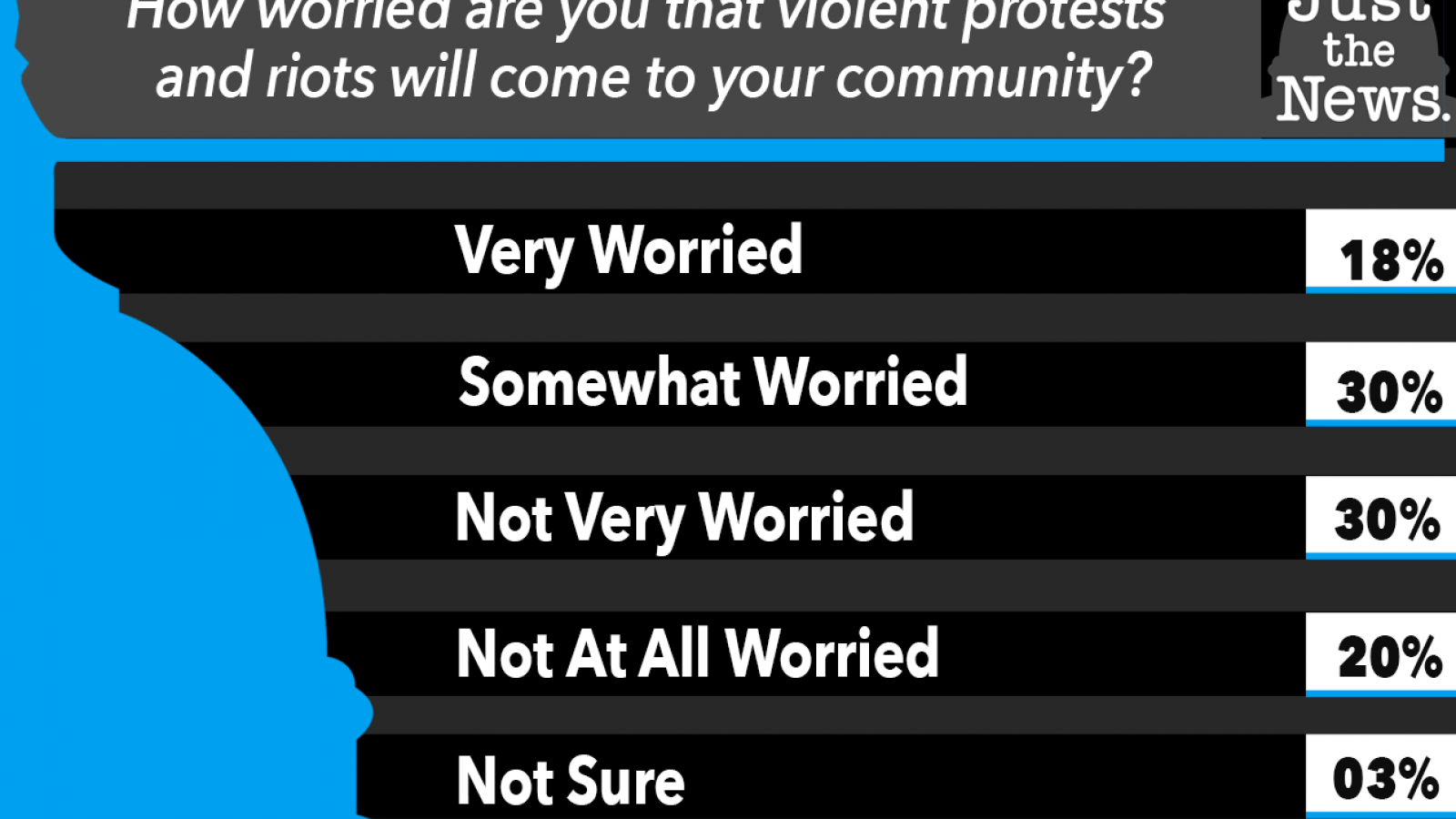 "What's especially interesting about this is that it's not really a partisan issue. It's not that Republicans say they are worried while Democrats disagree," he continued. "Instead, roughly half the voters in each party is concerned. That means it could be a significant issue for the fall campaign. It's why President Trump is in Kenosha today and why Joe Biden made his comments about violence yesterday."

The recent riots – in which buildings and businesses have been destroyed and over a dozen people have been killed – have stemmed from the ongoing protest movement that arose following the police-involved death of black Minneapolis resident George Floyd, who died in late May.

The survey of 1,200 Registered Voters was conducted by Rasmussen using a mixed mode approach from August 27-29, 2020.