Poll: Three-quarters of Democrats believe America is a racist nation

A plurality of Americans feel the same way. 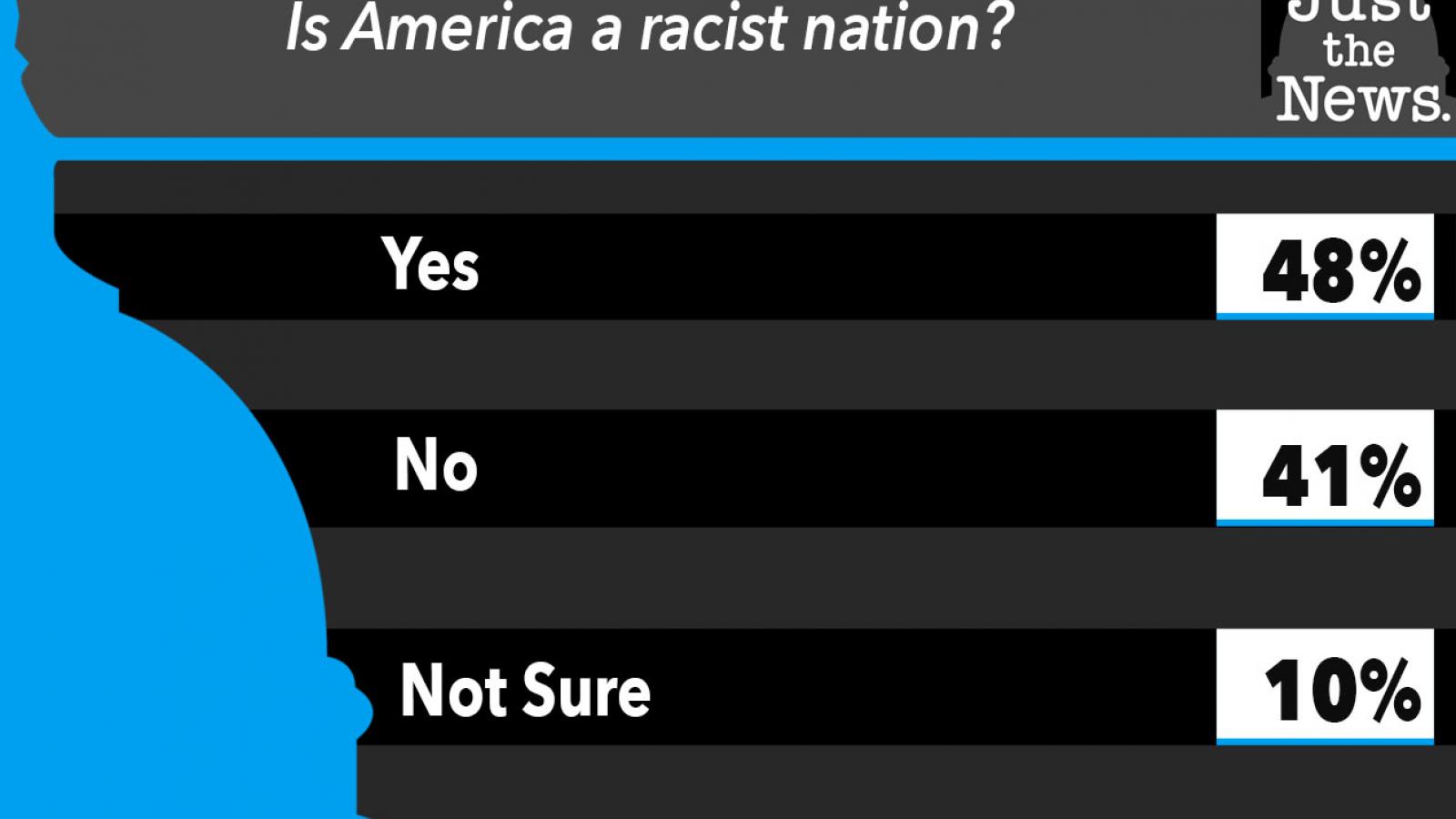 Three out of every four registered Democratic voters believe America is a "racist nation," according to a new Just the News Daily Poll with Scott Rasmussen.

When asked, 72% of Democrats responded that they believe America is racist. That's compared to 21% of Republicans and 48% of Independents.

The returns contrast somewhat starkly with an August Just the News daily poll that found eight out of 10 voters believed that the United States was "founded on the ideals of freedom and equality, though we have never fully lived up to those ideals."

Just 11% of respondents to that poll believed the U.S. was "founded as a racist society."

The survey of 1,200 Registered Voters was conducted by Rasmussen using a mixed mode approach from August 27-29, 2020.