For months, Democrats on Capitol Hill have waged a whisper campaign to disparage the reputation of a former Ukrainian government official named Andrii Telizhenko, who has emerged as a fact witness for Republicans investigating the controversial business deals of Joe Biden's son Hunter.

Led by Sens. Ron Wyden (D-Ore.) and Gary Peters (D-Mich.), the Democrats have tried to suggest — without evidence — that Telizhenko is connected to Ukrainian Parliamentary member Andrii Derkach, identified by U.S. intelligence as leading Russian disinformation efforts targeting Joe Biden in the 2020 election and sanctioned by the Trump Treasury Department.

Their campaign will break into the open Wednesday on the Senate floor when Democrats try to force a vote on a resolution criticizing Senate Homeland Security and Governmental Affairs Chairman Ron Johnson (R-Wisc.) suggesting the probe he and Senate Finance Committee chairman Charles Grassley (R-Iowa) are leading into the Bidens' Ukraine dealings is part of Derkach's election meddling. Their argument is thin, relying on the fact that Telizhenko has talked publicly about some of the same issues as Derkach. Their resolution is likely to fail in the GOP-controlled Senate.

But the Democrats' character-assassination campaign suffers a much bigger problem: Long before he assisted the GOP Senate investigation, Telizhenko was a trusted mid-level Ukrainian government contact for the Obama-Biden administration, according to scores of U.S. government emails and memos obtained by Just the News.

In another words, the man the Democrats are now using for a "red scare" attack on the GOP senators was actually their own party's Ukrainian contact, vetted and cleared by the State Department to meet with senior officials like ambassadors and DOJ prosecutors on sensitive foreign matters.

Telizhenko also was hired by the Democratic-leaning firm known as Blue Star Strategies to help Burisma Holdings — the Ukrainian gas firm that hired Hunter Biden as a board member in 2014 — lobby the State Department and Ukrainian prosecutors to drop corruption allegations against the company in 2016, the memos show.

Telizhenko, in fact, was so trusted and familiar with Obama administration officials that he was on a first-name basis, trading smiley face emoticons and arranging coffee and beer outings in Washington with such contacts as Obama-era National Security Council staffer Elisabeth Zentos, the memos show.

"Hi Andrii! I'm doing ok. Yes, definitely got some rest over the weekend. How about you?" Zentos wrote April 4, 2016 to Telizhenko from her official White House email account. "Survive the visit ok? Also, should we still plan for coffee this week? Maybe Wednesday or Friday? Hope all is well! Liz."

A month earlier, a planned beer outing with Zentos got changed. "Would you be up for doing coffee instead of beer though? I'm realizing that if I drink beer at 3 p.m., I will probably fall asleep while attempting to work afterward," Zentos wrote.

Zentos and Telizhenko also discussed the sensitive case of Burisma and its founder, Mykola Zlochevsky, in a July 2016 email exchange with the subject line "Re: Z," the shorthand Telizhenko used to refer to the Burisma founder. Their email exchange did not mention Hunter Biden's role in the company but showed the Obama White House had interest in the business dealings of Hunter Biden's boss.

"Hi Liz, Yes, It would be great to meet, tomorrow whatever works best for you 12:30pm or 6pm- I am ready," Telizhenko wrote the NSC staffer, adding a smiley face. Zentos eventually replied when he suggested a restaurant: "Ooh, that would be wonderful—thanks so much!"

Attached to Telizhenko's email was an org chart showing the structure of some foreign companies that had been connected at one point to Zlochevsky's business empire.

The memos show Zentos first befriended Telizhenko when she worked at the U.S. embassy as far back as 2014.

The memos show that officials at the Obama Justice Department, the NSC, and the State Department enlisted Telizhenko for similarly sensitive diplomatic matters dating to 2013 including:

"We, people of Ukraine, appeal to you with request to support Ukrainian people in their standing for freedom, justice and democracy," the November 2013 draft statement from Telizhenko to the U.S. embassy in Kiev read. "The President of Ukraine Viktor Yanukovych proved that he is not the guarantor of constitutional rights and freedoms of citizens, freedom of choice and right for free expression."

The draft statement was fielded by a military attache at the U.S. embassy who urged Telizhenko to get it to the embassy's political section for consideration. "The ambassador has not shared with me what the position of the US government would be on such a statement, other than his message yesterday morning," the attache wrote. "…I'm sure once you pass this statement to Ambassador Pyatt's political section, they will render a timely response."

Photos taken by U.S. and Ukrainian government photographers show Telizhenko facilitated meetings between 2014 and 2016 with key lawmakers in Washington, including Democrat Reps. Engel and Marcy Kaptur and then-GOP Sen. Bob Corker, as well as other U.S. agencies.

And the emails show U.S. embassy officials in Kiev routinely sought advice and insights from Telizhenko about happenings inside the Ukrainian government. "Andriy, we have heard that there may be a briefing today. Do you know the specifics?" embassy political officer Stephen Page asked in a January 2014 email.

Such contacts are normal in the diplomacy and national security business of the United States. But they take on significance now because they have been missing from the Democrats' attacks on Telizhenko and the GOP senators who have interviewed him in their probe of the Bidens. The question now is: If Telizhenko is so bad as Democrats claim, why did the Obama administration and Democrats so frequently engage him?

Sen. Wyden's recent statement ignored that issue. "While Democrats are pushing for more aggressive action against Russian assets interfering in our elections, Republicans are using their conspiracy theories to advance bogus investigations," he said.

U.S. intelligence officials tell Just the News that while they remain vigilant in fighting Russian interference in the 2020 election, they have no direct evidence Telizhenko is, like Derkach, connected to the Kremlin. However, they have extensive evidence he was welcomed by the U.S. government during the Obama years and that he assisted Trump lawyer Rudy Giuliani's probe of legal matters in Ukraine, including finding political dirt last year on the Bidens.

The officials also noted there is open source intelligence that Telizhenko actually engaged in a rivalry in the Ukrainian press with Derkach and derided the Ukrainian parliamentary member as a Russian operative just a few months ago. The open source information includes a BuzzFeed article quoting Telizhenko and social media posts, the officials said.

Ukraine is a country with much corruption and many mysterious characters. But one thing is clear: U.S. government memos corroborate Andrii Telizhenko was trusted by the Obama administration for many years before congressional Democrats turned on him. 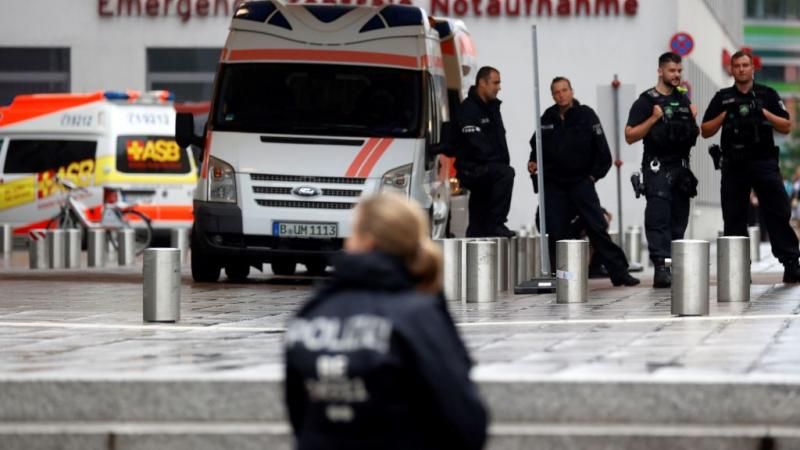