The $600 a week federal unemployment benefit to help jobless Americans through the coronavirus shutdown is set to expire July 31 without congressional action as Congress adjourns until July 20.

The Democrat-led House recently passed a measure to extend the benefits – originally part of the $2.2 trillion stimulus bill known as the CARES Act – through January 2021.

However, the Republican-led Senate has said it will not pass the $3 trillion measure, known as the HEROS Act, in its present form.

The bill includes in federal assistance for state and local governments, stimulus payments for illegal immigrants who have recently filed taxes and expanding mail voting provisions for the November election such as requiring states to mail out ballots to every register voter.

House Minority Whip James Clyburn said Wednesday that his caucus is "always willing to compromise” with Senate Republicans if they pass an alternative to the HEROES Act.

“I don’t know why people think we aren’t,” he also said.

In June, Senate Majority Leader Mitch McConnell said GOP leadership would make a decision on proceeding with a fourth coronavirus relief package sometime in July. He's also maintained that any future stimulus package has to have liability protections for businesses as the economy re-opens.

A bill introduced by Senate Minority Leader Chuck Schumer and Oregon Democratic Sen. Ron Wyden on Wednesday would extend the $600 weekly benefit beyond July 31 until a state’s "three-month average total unemployment rate falls below 11%." The weekly federal payment is issued on top of state unemployment benefits.

According to Schumer's office, the benefit amount is reduced by $100 for every percentage point decrease in the state’s unemployment rate, until the rate falls below 6%.

Some Republicans have argued that the federal benefit is more money than some workers were making before the pandemic hit, when added to the state unemployment benefits.

Jason Furman, professor of the Practice of Economic Policy at Harvard University, said Wednesday on the conference call with Clyburn that the federal benefit, coupled with state benefits, do not provide a disincentive for employees to return to their previous jobs or to accept a new job.

“For a worker, it's important to them also how they're doing overall. Maybe you're getting a little bit more now, but later on, you're worried the $600 will end, whereas if you have a job, you think maybe that will continue,” said Furman, who was President Obama's chairman of the Council of Economic Advisers.

Furman said many states are requiring workers to return to work if their previous employer offers to re-hire them as the economy re-opens.

“You don't get to just say no and keep your $600 a week and not go back to the job. If that job is available for you, you have to be doing that job, or you lose your unemployment insurance; that’s being enforced in quite a lot of states,” he said.

According to the Vermont Department of Labor, for example, “refusal to return to work, when being offered the number of hours per week, may result in the termination of unemployment benefits and the need to repay certain benefit.” 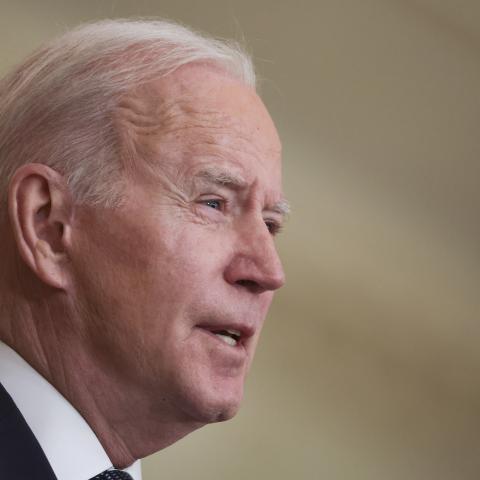