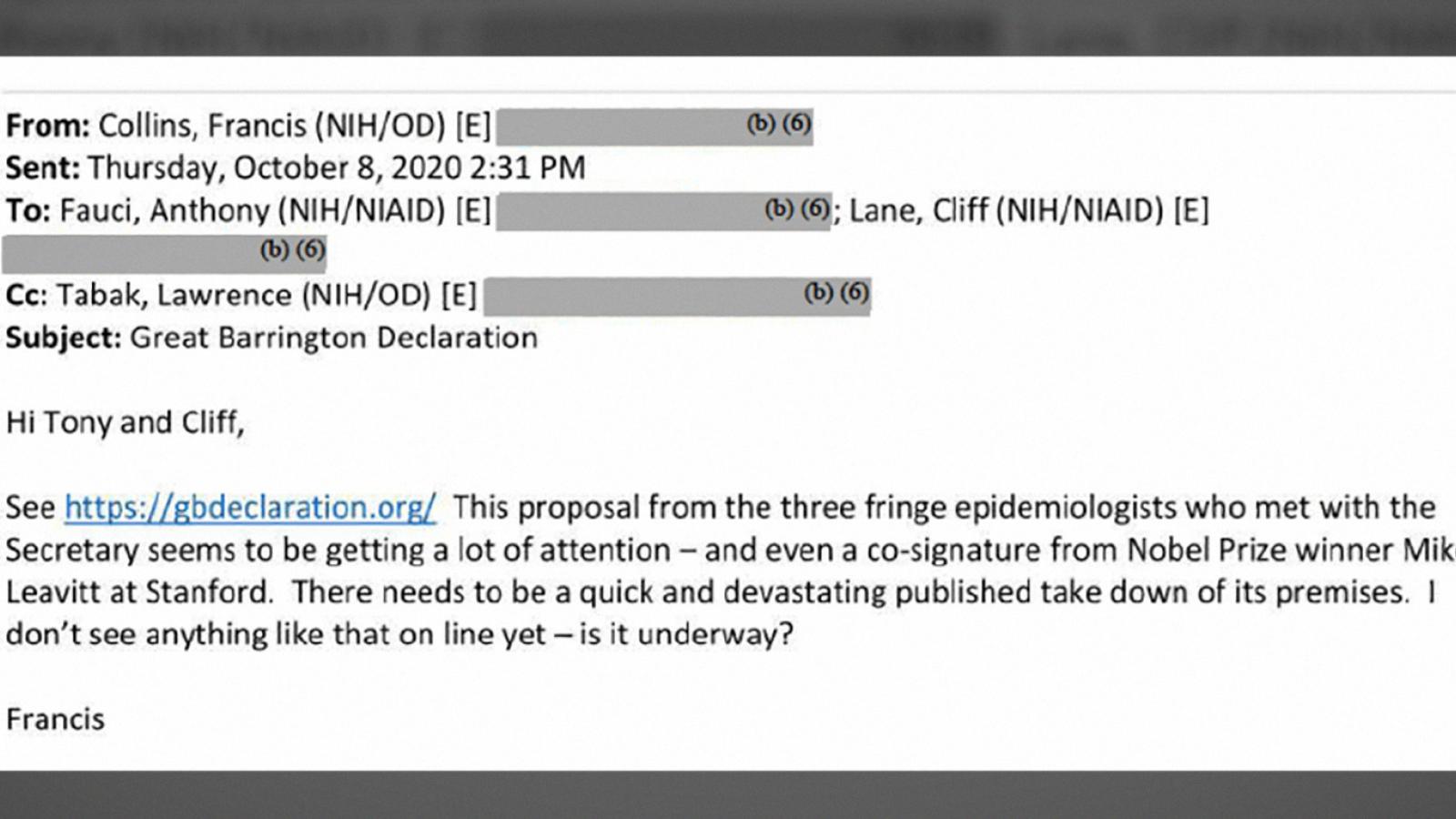 The CDC is fond of justifying changes to COVID-19 guidance by claiming the science has changed. But as Kenan Thompson's character in a sketch from the most recent "Saturday Night Live" puts it: "When I make a mistake at work, I don't get to say 'the science changed.'"

Through a fraught and surreal dinner party conversation triggered by a Bloomberg science columnist's skepticism that mask mandates worked, the venerable sketch comedy show gave permission to the nation's weary COVID faithful to question the interventions they long endured without protest — and reconsider their judgment of COVID skeptics.

Recounting a child's birthday party where the kids did gymnastics in masks and then removed them to eat pizza inside, Kate McKinnon's character asked with trepidation: "Did they really need the mask ... Did any of us ever need the mask?"

Just the day before, the CDC implicitly questioned its own approach of nearly two years, finally adding hospitalizations and hospital capacity to raw case counts in deciding whether a given county should practice universal masking indoors. The result: Three-quarters of Americans were no longer covered.

Those include schoolchildren in low- and medium-risk counties, a stark change from what CDC Director Rochelle Walensky told a closed-door congressional hearing 10 days earlier, Reason reported, citing a leaked recording it didn't publish.

She reportedly said universal masking for schoolchildren should remain, regardless of transmission rates, and explicitly refused to offer a timetable for when kids could breathe unencumbered, claiming masks were crucial for schools staying open in person.

By Feb. 25, however, Walensky was echoing the Great Barrington Declaration "fringe epidemiologists" who were targeted for "take down" by Francis Collins, then-director of the National Institutes of Health. The CDC wanted to ensure "we were focusing on severe disease" leading to hospitalization, not mild or asymptomatic infections, she said in a media briefing.

Between those events, and in light of worrisome poll numbers for the November midterms, a slew of Democrat-led states ended or scaled back across-the-board mask mandates, making Hawaii the lone holdout.

The timing suggests politics were a bigger factor than science for an agency increasingly accused of promoting weak research that fits its COVID agenda through the CDC's in-house Morbidity and Mortality Weekly Report (MMWR), which is not peer-reviewed.

Medical experts took an ax to MMWR studies purporting to show school mask mandates heavily reduced COVID transmission and unvaccinated children were much likelier to develop diabetes, and they next pounced on the CDC's indoor mask study, published as an "early release" Feb. 4.

Through a telemarketing survey of roughly 1,800 randomly selected Californians who were tested for COVID Feb. 18–Dec. 1, 2021, University of California Berkeley (UCB) and California Department of Public Health researchers determined that people had lower odds of a positive COVID test if they said they consistently wore masks indoors.

They buried the finding that cloth masks were statistically insignificant, confirming a finding from a randomized controlled trial (RCT) of Bangladeshi villages.

UC San Francisco epidemiologist Vinay Prasad wrote in his newsletter that the MMWR study marked "a new scientific low point" in mask research. His own meta-research found no statistical significance from the vast majority of randomized controlled trials on masks and disease transmission.

Only 13% of people who tested positive and 9% of negatives in the MMWR study answered the phone. "We could stop right now" given the low response rate, Prasad said. The testing populations were also very different, with 78% of positives resulting from people who got tested due to symptoms and 11% from "routine screening through work or school."

Negatives, by contrast, were more than twice as likely to test from routine screening (43%) as from symptoms (17%). They were also much more likely to test as required by an upcoming medical procedure (17%) than did positives (6%).

Inexplicably removed from the dataset: those with a known COVID contact. "Masks work but not if you met someone who FOR SURE had covid? Seems a very odd analytic choice," Prasad wrote, arguing in a later essay the CDC had "abandoned science."

"Clearly the treatment and control are different groups of people, and you can't 'control for' such wild confounding," Recht wrote in a tweet thread.

Carnegie Mellon University mathematician Wesley Pegden, who cowrote an essay with Prasad challenging the usefulness of COVID vaccine trials for children, noted the CDC "found a near-perfect lack of correlation" between masks and negative tests in a fall 2020 MMWR study.

"I wonder how many times they've done [this kind of study] since then before getting the result they wanted?" Pegden tweeted. Had the CDC used a test-negative design in the earlier study, UCB's Recht responded, it might have achieved the desired results.

The CDC didn't respond to queries from Just the News either about the timing of its revised guidance and what it says about the MMWR study, or to confirm the accuracy of Walensky's reported comments to Congress about schoolchildren and why she apparently changed her mind 10 days later.

Speed over accuracy? COVID, monkeypox research would get less vetting under CDC 'reorganization'