The Navy ship was operating in international waters on Sunday. 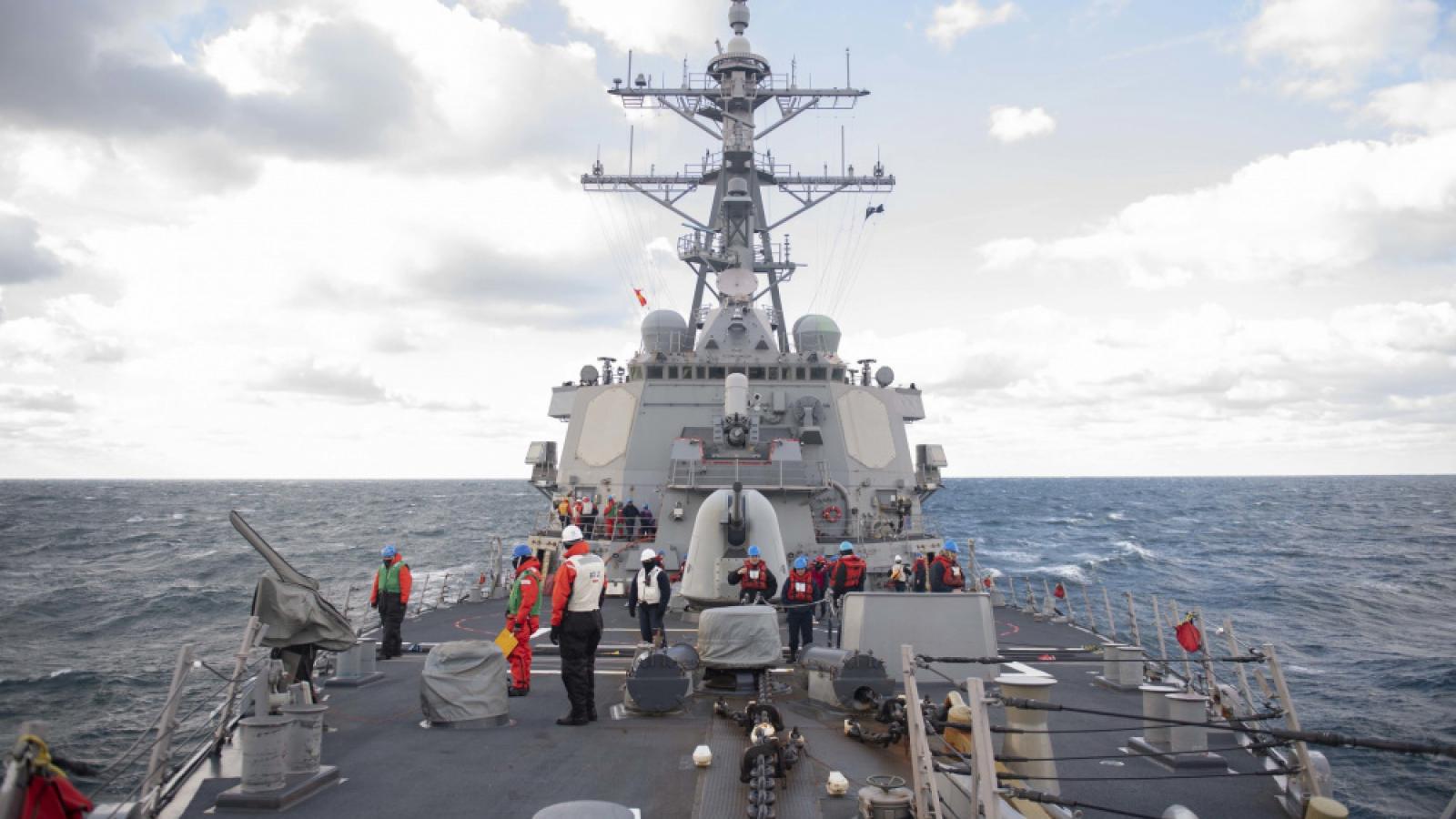 A Russian fighter jet hurtled alongside a U.S. warship in international waters on Sunday in the Black Sea, the Navy said.

The Navy's 6th Fleet posted a video depicting a Russian Sukhoi SU-24 Fencer streaking low atop the waves near the USS Donald Cook. As shown in the video, the two-engine aircraft approached from behind, cleared the length of the ship, pulled up skyward, and vanished near the clouds.

"The Navy routinely operates in the Black Sea to reassure NATO Allies & partners and ensure security & stability in the region," the 6th Fleet wrote on Twitter.

The Donald Cook is a guided missile destroyer that is operating out of Rota, Spain. The ship transited the Black Sea along with another destroyer, the USS Porter, and a refueling ship, the USNS Laramie.