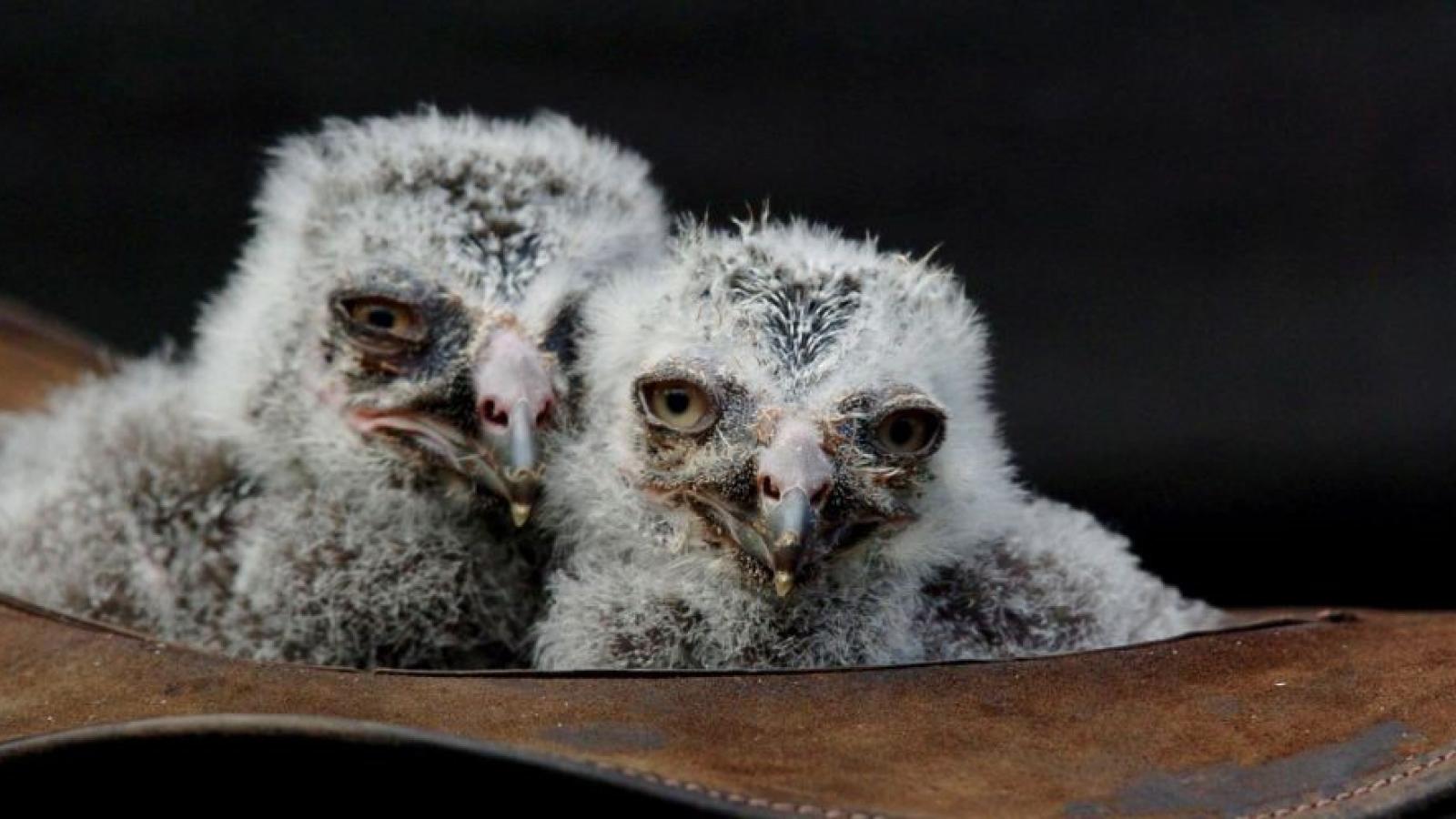 What is this, a joke? This is the Rockefeller Christmas tree for 2020. It depicts @NYCMayor‘s city as it stands today: broken, empty, drained of its life, by failed leadership and incompetence. pic.twitter.com/1S0qyIbmE1— Bernard B. Kerik (@BernardKerik) November 18, 2020

Rockefeller Center in the heart of midtown Manhattan has hoisted a massive Christmas tree every year for more than eight decades.

The trees, often 75 feet or taller, come from all over the United States and are cut down and transported to the city, often with a police escort.

This year's tree, a giant Norway spruce in Oneonta, New York, was lifted by a crane into place on Saturday. Its disheveled appearance – the branches were all askew – drew scorn and mockery on social media, with many people noting that it is emblematic of the mess of a year that 2020 clearly is (more on that below.)

But it turns out that a tiny owl was found living in the tree, which came from a homeowner's yard 170 miles from the city.

In a Facebook post Tuesday, the Ravensbeard Wildlife Center said the owl was rescued after the tree was transported to New York City.

"Ravensbeard is excited to share a rare Holiday story with you," a worker at the center wrote in its post.

"Yesterday morning, I received a phone call from someone who asked if we take in owls for rehabilitation. I replied, 'yes we do.' There was silence for a moment and she said,. 'OK, I'll call back when my husband comes home, he’s got the baby owl in a box tucked in for the long ride.'"

But it turned out the bird wasn't a baby.

"I asked where her husband was when he found the owl," the social media post also said. "She said he works for the company that transports and secures the Christmas tree in Rockefeller Center. She lived about an hour south so we met in the middle to do the transfer. Once secured, I peeked in the box and saw this little face looking up at me. He/she was a little Saw-whet owl, the smallest owls we have in the northeast. All baby owls are born in the spring so the idea that there was a baby owl in November didn’t make sense."

Back at Ravensbeard Wildlife Center, we’ve given him fluids and are feeding him all the mice he will eat. It had been three days since he ate or drank anything. So far so good, his eyes are bright and seems relatively in good condition with all he’s been through. Once he checks in with the vet and gets a clean bill of health, he’ll be released to continue on his wild and wonderful journey."

And the center even gave the tiny bird a name.

"Our hearts go out to all those 'behind the scenes' workers. Great job and thanks for saving 'Rockefeller.'"

But as with everything in 2020, the tree was a huge disappointment. And while the tree won't be decorated and lighted until next month, social media users lit it up in a slew of hilarious posts.

"Could the Rockefeller Center Christmas Tree look any worse? 2020 on brand," former NBA player Rex Chapman told his one million followers on Twitter.

As the video shows, when the workers took the protective wrapping off the tree, the branches fell into place and, well, looked terrible – sparse and oddly disheveled.

"What is this, a joke? This is the Rockefeller Christmas tree for 2020. It depicts @NYCMayor's city as it stands today: broken, empty, drained of its life, by failed leadership and incompetence," wrote former New York Police Department Chief Bernard Kerik.

What is this, a joke? This is the Rockefeller Christmas tree for 2020. It depicts @NYCMayor‘s city as it stands today: broken, empty, drained of its life, by failed leadership and incompetence. pic.twitter.com/1S0qyIbmE1— Bernard B. Kerik (@BernardKerik) November 18, 2020