Politics of snitching: Dems more likely than Republicans to report neighbors during pandemic

By 44%-31% margin, Democrats would turn their neighbors in to police for hosting gatherings of 15-20 in breach of stay-home rules. By 60%-25%, Republicans would not. 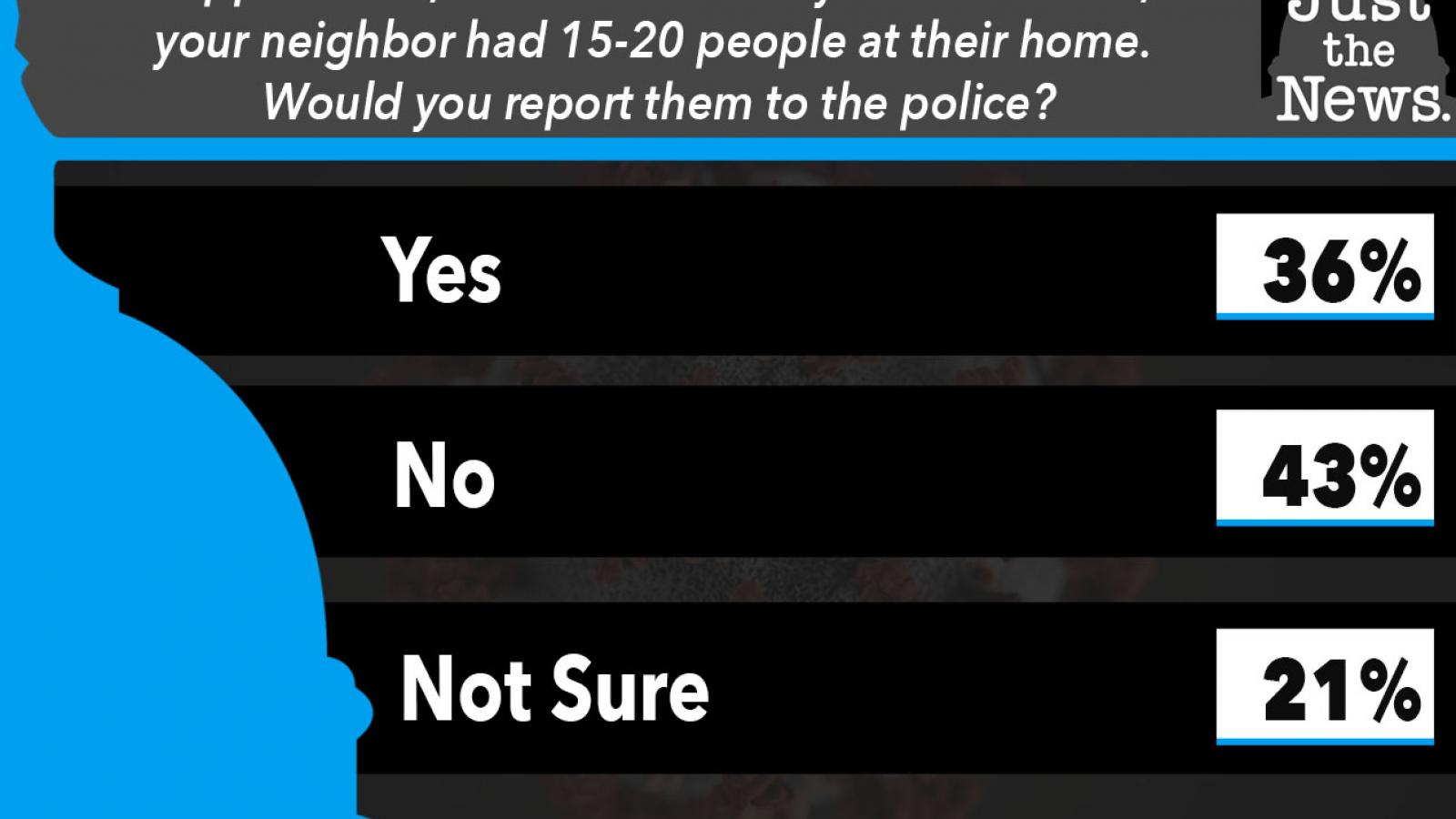 Democrats are far more likely than Republicans to say they'd report neighbors for holding a social gathering in violation of coronavirus stay-at-home orders, according to a new Just the News Daily Poll with Scott Rasmussen.

"There is a huge partisan difference," Rasmussen said. "By a 44% to 31% margin, a plurality of Democrats would turn in their neighbors. By a 60% to 25% margin, Republicans would not. Independents are evenly divided. Other data I’ve released shows that a plurality of Republicans now believe the worst of the pandemic is behind us. Democrats strongly disagree."

Just 36% of voters overall say they would report their neighbors to police for having a social gathering of 15 to 20 people, in violation of stay-at-home rules. Forty-three percent (43%) would not.

During its White House Coronavirus Task Force briefings, officials have encouraged Americans to limit social gatherings to under 10 people, with the Centers For Disease Control and Prevention stating in its coronavirus guidelines that, "At a substantial level of community transmission, it is recommended to cancel mass gatherings of any size."

Suburban and urban voters are evenly divided on the Just the News Daily Poll question. However, by a 53% to 28% margin, rural voters would not report their neighbors.

"This is consistent with a tremendous amount of data I’m seeing highlighting the differences between suburban, urban, and rural voters," Rasmussen said.

"There is also a gender gap," he also noted. "Women are evenly divided. However, by a 51% to 32% margin, men would not report their neighbors to the police."

Respondents were asked “Suppose that, in violation of stay-at-home rules, your neighbor had 15-20 people at their home. Would you report them to the police?" They replied as below: