The pope's age, 83, and having a partial lung are raising concerns about him not wearing a coronavirus mask in public. 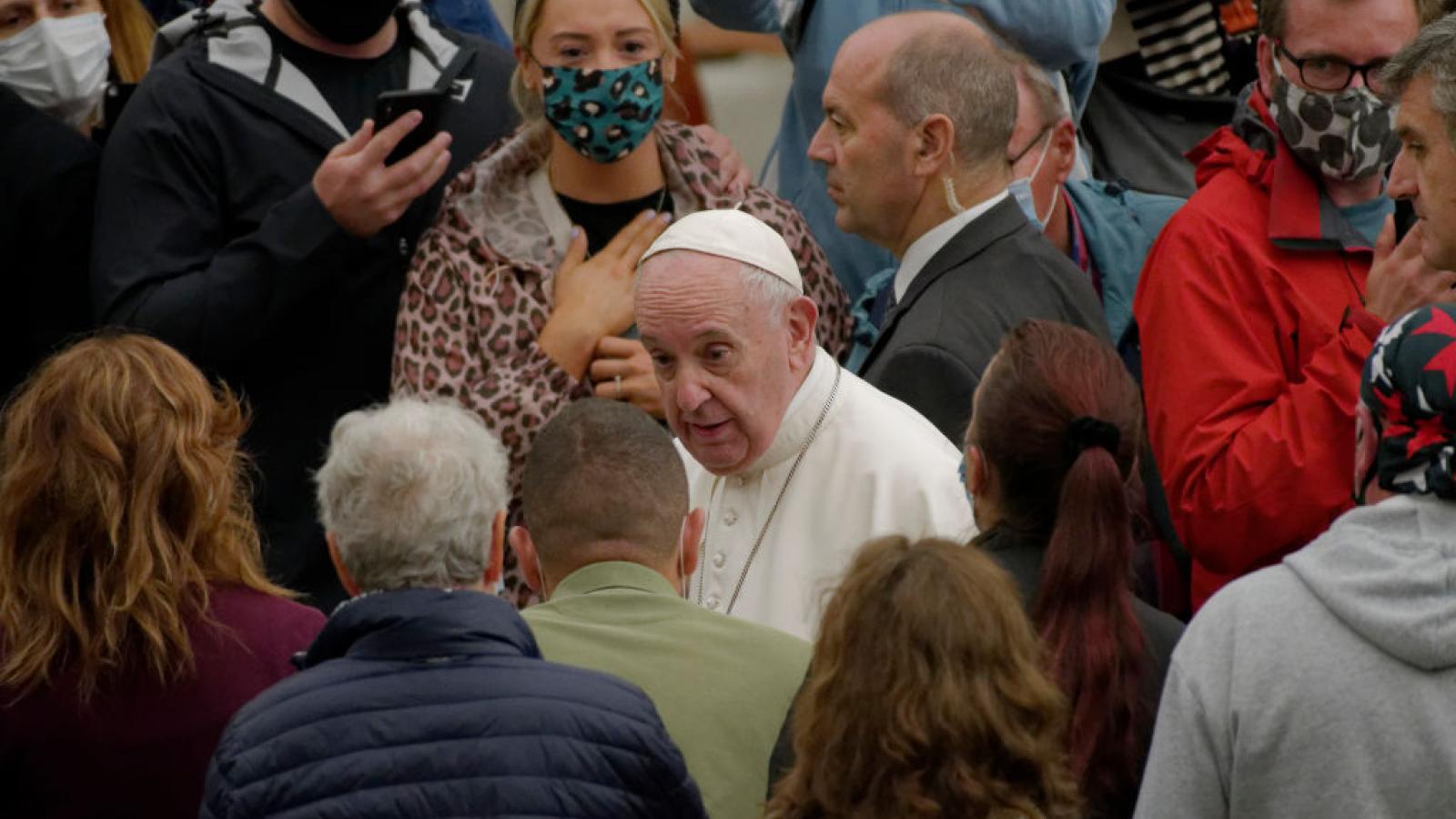 Pope Francis during weekly general audience at the Vatican, Oct. 7, 2020
(Valicchia/NurPhoto via Getty Images)
By Joseph Weber
Updated: October 7, 2020 - 11:37am

Pope Francis led a Vatican event Wednesday in which he didn't wear a mask while joking with prelates and kissed the hands of newly ordained priests, according to the Daily Beast.

Italy is amid a spike in new coronavirus cases. The 83-year-old pontiff is missing part of his lung as result of a prior illness. Both his age and preexisting condition put him at a higher risk for complications from contracting the potentially deadly virus.

The Daily Beast also reported that Francis has rarely worn a mask since the pandemic began and has been increasingly out in crowds where people are not wearing masks or wearing them incorrectly.

The Associated Press last month reported that Francis has observed some virus health-safety practices including wearing a mask, using hand sanitizer and social distancing an audience at a Sept. 9 public event.

However, he took off the mask as his car pulled into the San Damaso courtyard inside the Apostolic Palace, where a week earlier he resumed his weekly public audiences after a nearly six-month virus-related shutdown.

In the Daily Beast story, Vatican commentator Robert Mickens tweeted a photo of the pope and wrote: "Very disturbing images from the Vatican today. @Pontifex without face mask at indoor gathering with large number of people, many pulling their masks down to talk to him. And pope kissing the hands of recently ordained priests..."