"We should never be reliant on a foreign country for the means of our own survival," Trump said Tuesday. "America will never be a supplicant nation." 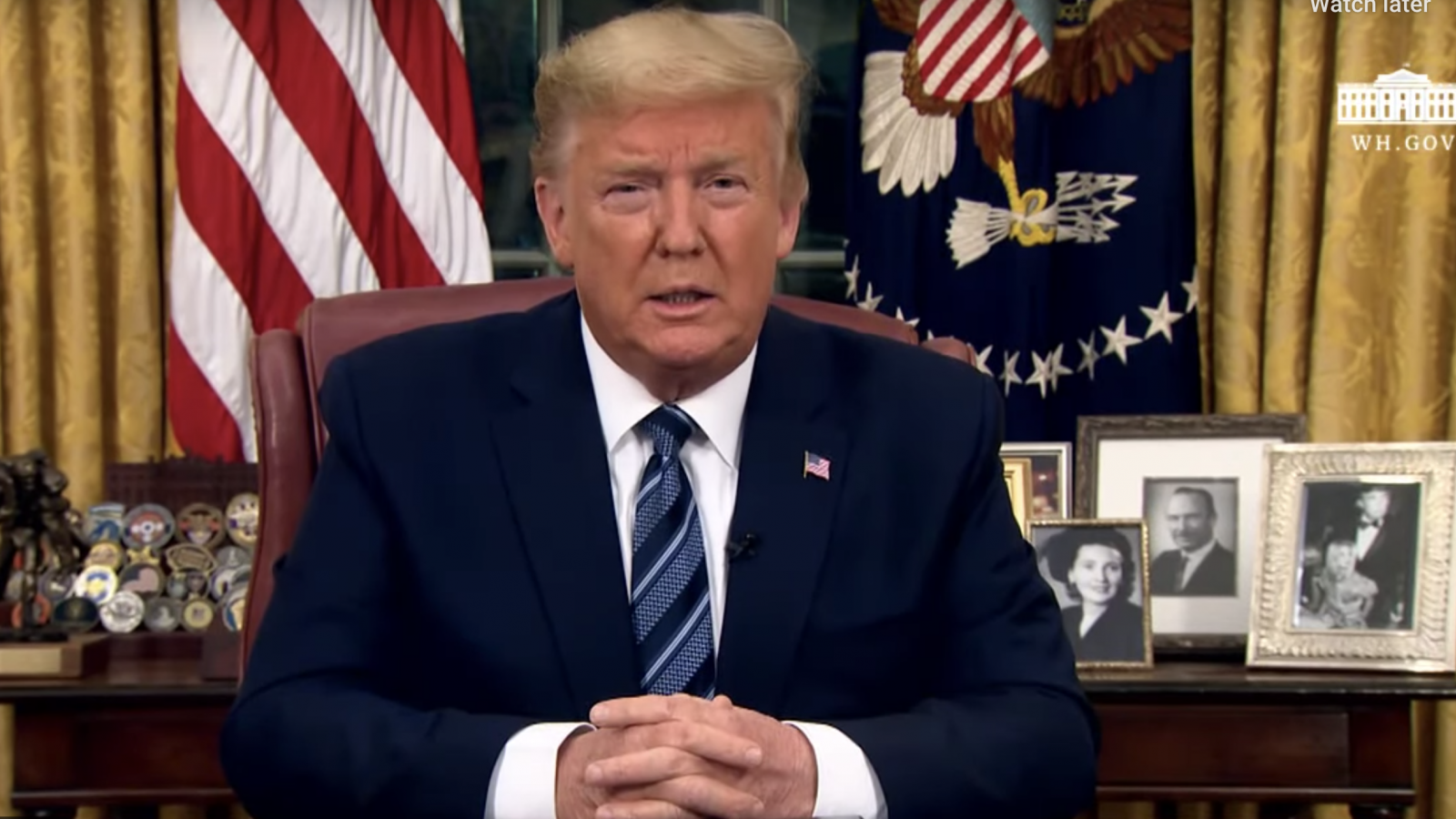 "We should never be reliant on a foreign country for the means of our own survival," Trump said during a daily briefing of the White House coronavirus task force. "America will never be a supplicant nation."

Trump said the nation's goals must be to strengthen American manufacturing and supplies for American firms and hospitals.

"This experience shows how important borders are," Trump said. "Without borders, you don't have a nation."

After the coronavirus outbreak was traced to Wuhan, China, Trump was early to ban travel from China, despite opposition from Democrats, including presidential candidate Joe Biden, who labeled the ban "xenophobic." In the ongoing debate over globalization, supply chain disruption--especially for healthcare supplies--due to coronavirus strengthens President Trump's argument that the United States should be less economically dependent on Chinese manufacturers, according to some economic experts. Trump also invoked the Defense Production Act during the coronavirus outbreak to accelerate getting supplies to the military, energy sector and homeland security programs.

During the briefing, Trump praised Congress for moving forward on a likely $2 trillion stimulus package to alleviate the economic downturn related to the coronavirus outbreak.

"They're working very hard together, Republicans and Democrats," Trump said.

Trump on Monday first laid out a possible timeline for Americans to begin a return to normalcy in the wake of severe disruptions stemming from the coronavirus outbreak.

"Ultimately the goal is to ease the guidelines and open things up," Trump said during Tuesday's briefing. "We'll be meeting with a lot of people. ... Easter as our timeline, what a great timeline that would be."

He said his administration would assess after the end of a 15-day period of nationwide "social distancing" whether to recommend that businesses and other public gatherings can re-open.

“We’ll stay a little bit longer than that,” Trump said Tuesday during a Fox News virtual town hall with other members of the White House coronavirus task force. “I would love to have it open by Easter. ... This is a medical problem. We will not let it turn into a long-lasting economic problem."

On Tuesday, The Los Angeles County Department of Public Health confirmed the death of an individual less than 18-years-old. The fatality marks the first child death from coronavirus recorded in the United States. The number of cases worldwide Tuesday is 387,382, including 16,767 deaths. The U.S. totals are 43,530 cases and 540 deaths, according to the Johns Hopkins Coronavirus Resource Center.

During the briefing, Trump noted that American financial markets rallied Tuesday as Congress works to pass a coronavirus stimulus package. The Dow Jones Industrial Average closed up by more than 2,100 points. The roughly 11-percent gain was the Dow's best one-day percentage increase since 1933.