Findings include 48% of Democrats who say nixing in-person voting for the mailbox would trigger fraud. 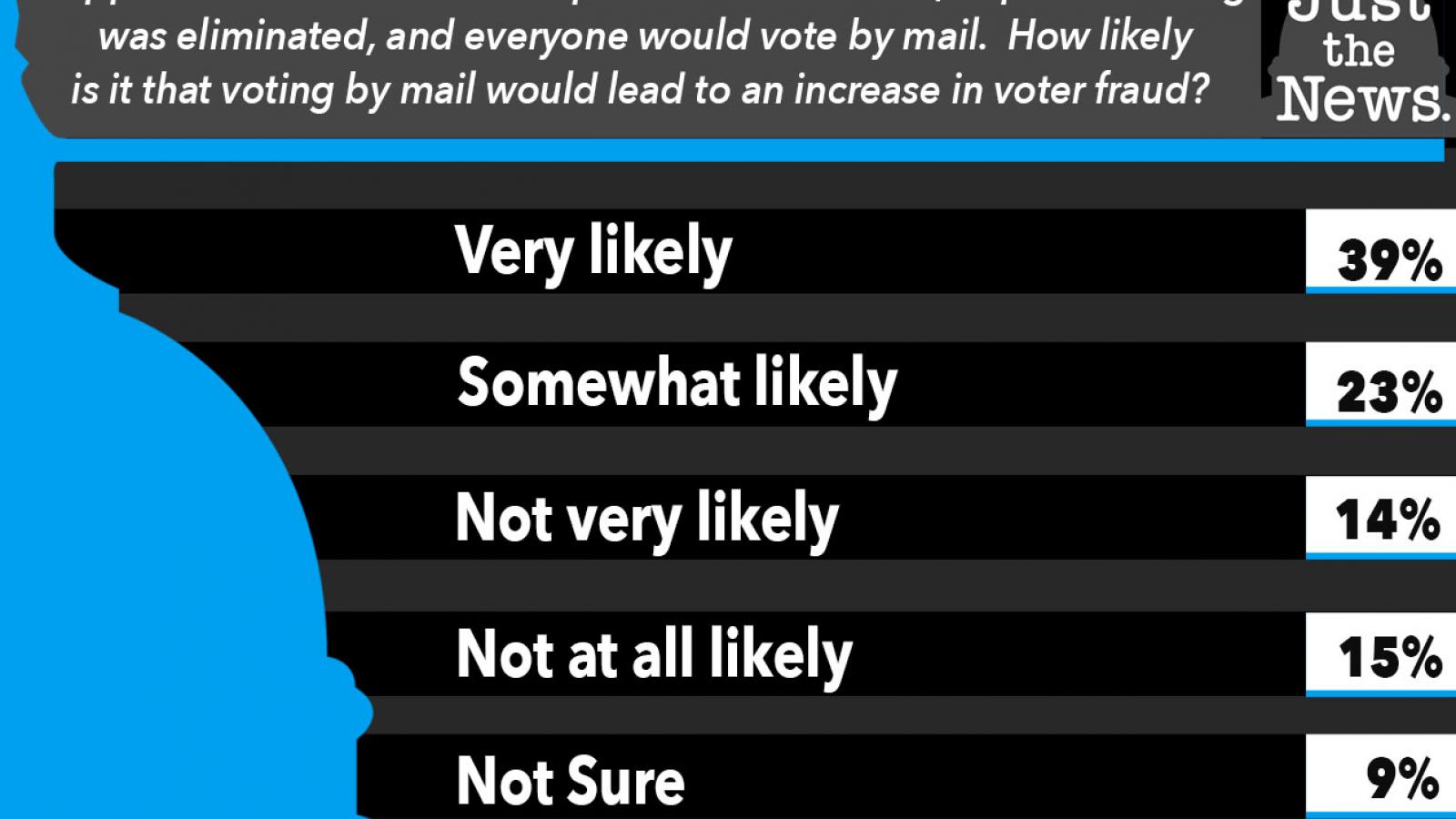 Nearly two-thirds of American voters say the country moving entirely to mail-in voting would likely increase voter fraud, according to the latest Just the News Daily Poll with Scott Rasmussen.

Sixty-two percent (62%) of voters believe that having everyone vote by mail is likely to increase voter fraud, while just 29% disagree. The totals include 39% who believe an increase in fraud is Very Likely and just 15% who say it is Not at All Likely.

Rasmussen noted what he called "a massive partisan divide" – 81% of Republicans believe voting by mail would lead to more fraud. Democrats are evenly divided (48% say it’s likely, 45% disagree). Among Independent voters, 59% believe it would probably lead to an increase in voter fraud while 27% disagree.

"These findings are certainly influenced by each party’s narrative of voter fraud," Rasmussen said. "Republicans tend to believe that many people vote who are not eligible to vote. Voting by mail makes it impossible to check voter IDs and take other steps to ensure that the ballots were actually cast by an eligible voters.

"Democrats on the other hand tend to believe that the bigger problem is that eligible voters are denied their right to cast a ballot through voter suppression tactics. They see voting by mail as encouraging voter participation and are suspicious of anyone who opposes that goal."

Just the News has reported on how Democrats appear united in their push to use “social distancing” around coronavirus to move the country toward November mail-in voting, expanded voting dates or possibly even “drive-thru voting.”

Republicans suspect Democrats could be exploiting a health crisis for partisan gain. Some fear a rapid move to alter the General Election system could result in the type of chaos seen at the Iowa Democratic Caucus in February.

"Still, despite concerns about voter fraud, Americans are open to the idea if better alternatives are not presented," Rasmussen said. "Some public polls have shown an overwhelming preference for mail voting as opposed to the traditional approach of standing in long lines at crowded facilities. However, our poll last week showed that just as many are supportive of states establishing new in-person voting procedures that include appropriate social distancing protocols."

Respondents were asked: “Suppose that for November’s presidential election, in-person voting was eliminated, and everyone would vote by mail. How likely is it that voting by mail would lead to an increase in voter fraud?" They replied as below: