Guests in Just the News TV special address memories of Americans lost to war — including those close to them.

"We looked at it as an opportunity to not only remember those who served and died, but to appreciate what they died for," said Kyle, whose husband was immortalized as the legendary "American Sniper" in Clint Eastwood's film of the same name. "So we would start the day even when our kids were little, we would go to the local cemetery."

The couple would pray over the graves of those lost in combat.

"Sometimes we knew people, sometimes we didn't, depending on where we were at the time," recalled Kyle, whose husband was murdered in 2013 in Texas. "And then our kids got to see us pay respects and say prayers over the families who were left behind. And then we went on and gathered with some people and some friends — not many, we were a little bit more introverted — and just enjoyed the freedoms that they fought and died for."

Kyle is among the guests addressing memories of Americans lost to war — including those close to them — in a "Just the News, Not Noise" Memorial Day special hosted by John Solomon and Amanda Head.

"I think a lot of times we forget what Memorial Day is all about," said cohost Head.

Originally known as Decoration Day, the day is set aside to mourn U.S. military members who died while serving in uniform. The day of remembrance became an official federal holiday in 1971.

Kent recalled his wife, Shannon, who was killed in 2019 in Syria.

"Her father and uncle were both first responders to Ground Zero" on 9/11, Kent said.

Shannon enlisted in the Navy, learned Arabic, and became a crypto linguist. "She was good at stealing enemy communications and spoke the language fluently," Kent said. "By the time I met her, she was on her fourth combat deployment."

While on that deployment, Shannon decided to pursue a degree in psychiatry, in order to help warriors who were struggling with mental health. Because she had previously been diagnosed with throat cancer, Shannon could not become an officer, even though she had beaten the disease. She was, however, allowed to remain enlisted.

"And that's what put her on the deployment where she ultimately lost her life," Kent said. "She unfortunately was killed on her fifth combat deployment fighting ISIS in Syria."

Green spoke of the power of legacy, including within her own family. Green herself graduated from the U.S. Air Force Academy, and views it as an honor to be a third generation combat vet.

"Both of my grandfathers served in World War Two," Green said. "And my father served in Vietnam, and I had the opportunity to serve as a mission commander in combat in Baghdad as part of Operation Iraqi Freedom."

The military brings a positive presence to American life, said Green, who currently serves in the Indiana Air National Guard.

"I really believe that in the military, we have this unique responsibility to bring everybody together regardless of your background, your belief system, who you are, where you're from, and we just get the chance to bring the best ideas and move forward because we realize the gravity of success," she said. "And so mission failure is not an option for us."

"We hope you've been able to spend this holiday weekend with loved ones celebrating, and also honoring the ultimate sacrifice that so many of our fellow Americans have given to keep this great country free," Solomon said. 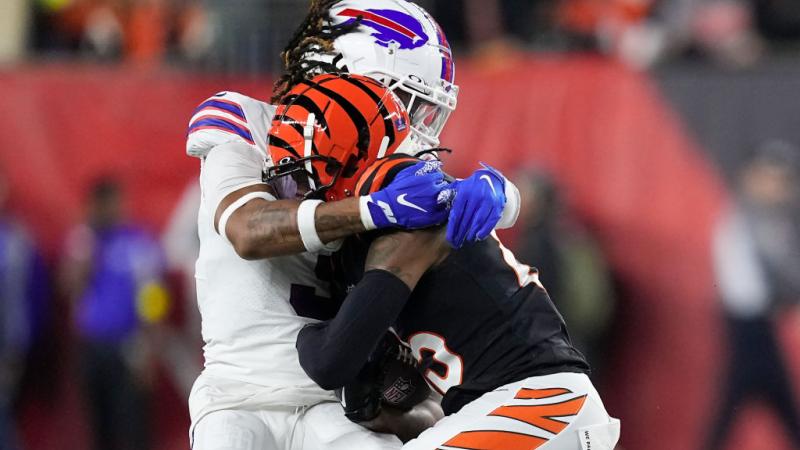