The Taliban is still seeking aid from the international community as it appoints a member of the FBI's most-wanted list as its interior minister.

The Taliban's new interim government was announced Tuesday, consisting of many members from their previous rule in the 1990s and others who fought against the U.S. over the last 20 years.

The new interior minister is Sirajuddin Haqqani, who led the Haqqani network, has a $5 million bounty out on him by the FBI for being on their most-wanted list, and is believed to be still holding an American hostage, The Associated Press reported. The American, a civilian contractor named Mark Frerichs, has not been heard from since being abducted by the network in January 2020.

The Haqqani network, which controls much of eastern Afghanistan, has been blamed for coordinating kidnappings, often of Americans, and attacks in Kabul over the last 20 years.

Taliban spokesman Zabihullah Mujahid explained in announcing the cabinet that the appointments were temporary, but did not say how long they would last or what would be the reason for a change, according to the AP. The Taliban has not indicated that they plan on holding elections.

Mullah Hasan Akhund, the interim prime minister, led the Taliban government during the final years of its previous rule. One of his two deputies, Mullah Abdul Ghani Baradar, led talks with the U.S. and signed the deal leading to the withdrawal. The other deputy, Abdul Salam Hanafi, is a long-time Taliban member, the AP reported.

Amir Khan Muttaqi is the foreign minister, and was also a prominent figure from the Taliban's last rule.

A policy statement released with the cabinet announcement said, "Our message to our neighbors, the region and the world is that Afghanistan's soil will not be used against the security of any other country."

The statement continued to encourage embassies, humanitarian organizations, consulates, and diplomats to return to Afghanistan, saying, "Their presence is the need of our country."

About 80% of Afghanistan's budget is from the international community, and the country has been experiencing a worsening economic crisis in the last several months, according to the AP. Even with humanitarian aid flight from Qatar nearly daily, it is not enough to meet Afghanistan's needs.

The three-page policy statement also mentioned protecting the rights of the underprivileged and minorities, but didn't mention women at all as it promised education "to all countrymen within the framework of Sharia." 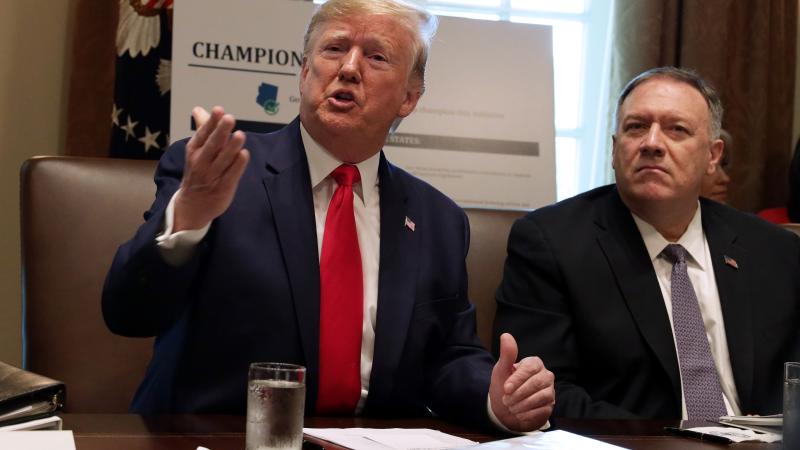