GOP Rep. Massie: If Sharpton 'can march in person, then we can vote in person' in November

Asked about the advisability of the large-scale March on Washington during the coronavirus pandemic, House Majority Leader Steny Hoyer — who criticized Republican lawmakers for not following coronavirus guidelines on Capitol Hill — said he supports "all those peacefully protesting violence against Black Americans."

Kentucky Republican Rep. Thomas Massie told Just the News that if the Rev. Al Sharpton can hold the "March on Washington" in-person during the pandemic with a large group of activists, "then we can vote in-person."

The march is taking place on Friday and has drawn estimated thousands to the nation's capital.

Sharpton's National Action Network named the march "Get Your Knee Off Our Necks," referring to the May 25 death of George Floyd in the custody of Minneapolis police.

Martin Luther King Jr. III is participating in the event.

According to a permit issued by the National Parks Service, 50,000 attendees are expected to attend. The Washington, D.C. government has imposed a ban on events in the city with more than 50 people.

"If you attend a mass gathering, including recent ongoing protests, DC Health recommends that you follow the steps below to help prevent the spread of the virus in the home and community," reads D.C. health guidance.

Just the News asked House Majority Leader Steny Hoyer's office whether the Democratic leader agreed with Sharpton's decision to go forward with the large-scale march in Washington, D.C., during the coronavirus pandemic.

"I join in solidarity with the millions of Americans marching and speaking out, demanding racial justice and accountability in policing," Hoyer said, through his office. "Systematic racism plagues our nation, and it is up to us to stand up and say enough is enough. I support all those peacefully protesting violence against Black Americans, and encourage them to follow health and safety guidelines put in place during this pandemic."

Hoyer and other Democratic lawmakers have been critical of some Republican lawmakers for not following coronavirus guidelines in Washington while on Capitol Hill.

"Very frankly, too many Republicans have continued to act extraordinarily irresponsibly," Hoyer said in July.

Just the News asked Massie if he agreed with Sharpton's decision to follow through with the in-person march.

"If he can march in-person, then we can vote in-person,” replied Massie, a member of the House Committee on Oversight & Government Reform.

"It's deeply disappointing, although not surprising, that Republicans want to make it more difficult for Americans to exercise their right to vote. No individual should have to jeopardize their health and well-being to participate in our democracy," Hoyer replied.

The Trump campaign weighed in on Sharpton's decision to hold the march in the district during the pandemic in an exclusive statement to Just the News.

"We look forward to the mainstream media scrutinizing COVID protocols for this event as much as they do for President Trump's events that follow state and local guidelines," said Samantha Zager, deputy national press secretary for the Trump campaign.

The office of Congressional Black Caucus Chairwoman Rep. Karen Bass did not return a request for comment. The Biden campaign also did not respond before publication. 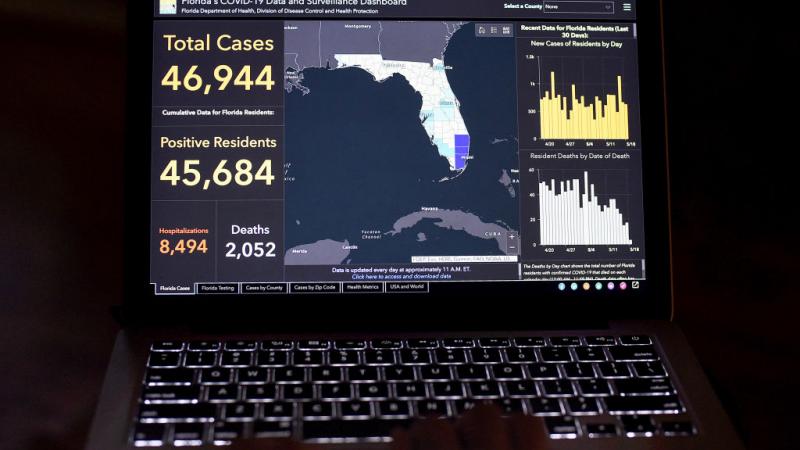 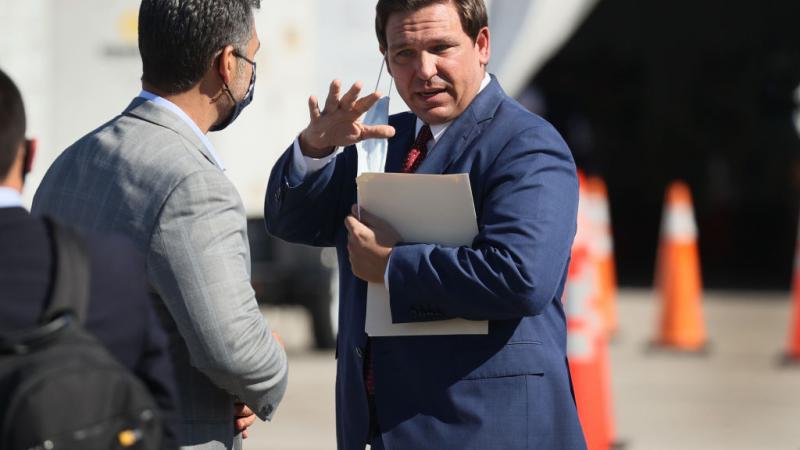