"Genderbread Person" has evolved away from sexual biology since its 2011 creation, finally getting rid of term "biological" in most recent iteration. It's featured on hundreds of university web pages, some medical in nature. 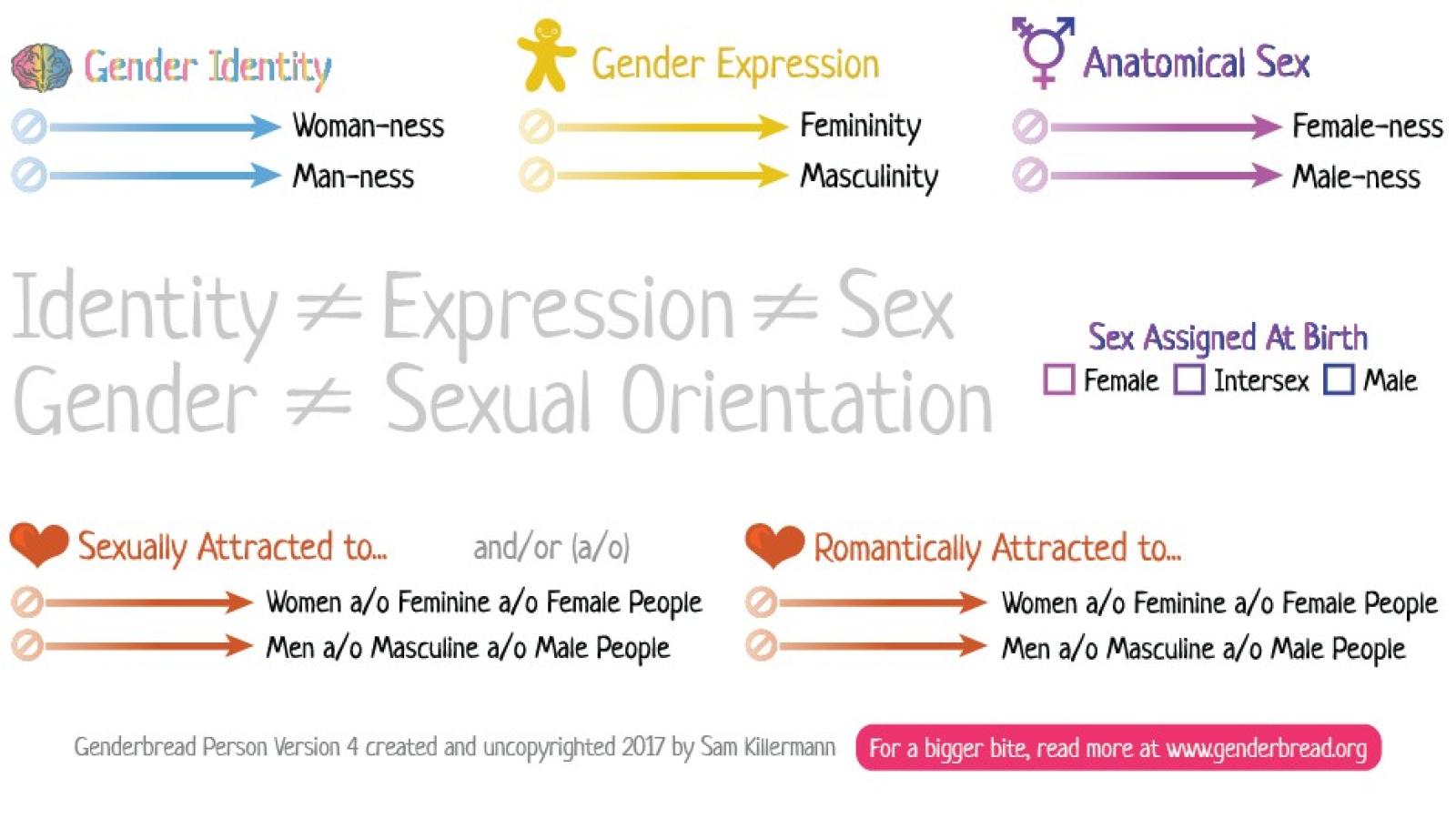 Medical education from coast to coast is adopting trendy gender theories without a clear basis in medical research or relevance to coursework, expanding a trend long observed in campus administrative bureaucracies such as student life and LGBTQ centers.

The State University of New York's Brockport campus includes the "Genderbread Person" graphic in a nursing course, according to an unnamed student who shared the classroom material with Campus Reform.

"Foundations for Professional Practice for Nursing," which must be taken concurrently with a clinical course, describes itself as presenting the "skills and theoretical basis" of practice, including "basic nursing techniques" and reaction to illness and hospitalization.

"It all just seems contraindicated to be educating us on the gender-bread person with the list [of] ongoing terms that aren’t backed with science at all," the student told Campus Reform.

The Genderbread Person is an ongoing creation of artist-activist Sam Killerman, also known for designing the "all-gender" restroom sign, who calls it a "cute, approachable model for understanding the social construction of gender." His tracker shows it has been downloaded about 2.7 million times in more than 100 countries, with six known translations.

The design, now in its fourth iteration, has evolved away from sexual biology since Killerman's original design in 2011, which listed only three sexual orientations — heterosexual, bisexual and homosexual — albeit on a spectrum.

Over time it added nonbinary options for categories, such as "agender," and changed immutable categories — man and woman, male and female — into softer versions with "-ness" suffixes.

The fourth iteration of the anthropomorphized cookie, from 2018, replaces "biological" with "anatomical" for sex and adds the "sex assigned at birth" category to convey that biological sex is subjective. SUNY Brockport's graphic is version 3.2.

SUNY Brockport's sister campus in Geneseo featured the graphic on its university-wide gender identity resources page, which inexplicably disappeared from public view sometime since Aug. 5, several months after Campus Reform highlighted universities that use the graphic.

The SUNY Brockport and Geneseo campuses didn't respond to queries from Just the News.

"This is a relatively new space for us," said Laura Morgan, program manager at Do No Harm, which targets wokeness in medicine, when asked for examples of gender ideology materials it had seen in medical education.

Morgan shared Oklahoma State University "Safe Zone" training materials obtained through the Freedom of Information Act that cite the Gender Unicorn. One 16-page document, directed to staff at the OSU Center for Health Sciences, asks participants to "laugh" during the "fun" exercise, but makes them sign an "ally" contract at the end.

It's not clear how widely the Genderbread Person is used in medical education. Just the News pulled up more than 600 results on "genderbread person" in a Google search of the .edu domain, and while most appear to refer to administrative contexts, several are medical in nature.

The University of Washington has at least two. Its nursing school promotes biology-free version 4 through diversity, equity and inclusion training, while its Department of Global Health "e-learning" program uses version 3 in a page on "Sexual and Reproductive Health Terms."

The University of Utah's affiliated healthcare system promoted the Genderbread Person in a June essay for its Accelerate Learning Community, whose "articles are adopted in formal clinician training programs and across campus."

The private University of Denver's Office of Teaching and Learning promotes both the unicorn and man-cookie as relevant to every class through its "inclusive teaching resources" page. University of Colorado Denver endocrinology instructor Laurel Beck validated Killerman's work in a 2020 university PR article.

In an essay for Ohio State's Teaching and Learning Resource Center, a gender identity instructor recounted how she used classroom peer pressure to marginalize a student who questioned the premise of her assigned worksheets on the two gender graphics. When he resisted, the instructor kicked him out of class.